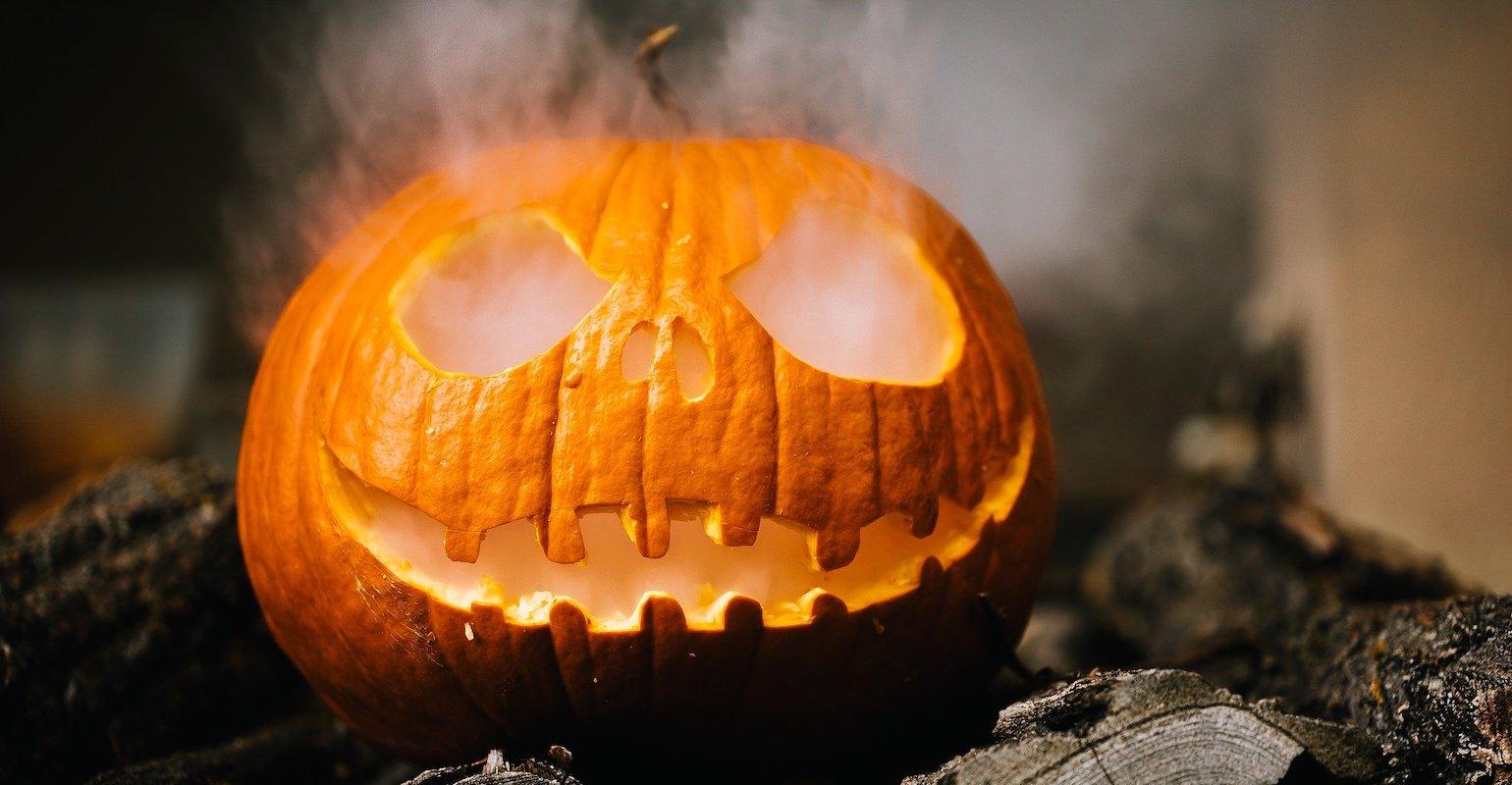 From dust clouds to flow frights, powder and bulk solids industry professionals share their scariest stories from the field.

Dust Clouds. Flash Fires. Silo collapses. Nearly every engineer who works with dry particulates has encountered a scary situation during their career. As Halloween 2020 nears, Powder & Bulk Solids asked professionals in the industry to share some of their spookiest stories from the field:

Many years ago, I was on a site visit to Northern Germany.  The client was converting a coal silo to handle quicklime.  As a side, they asked me to observe flow problems they were experiencing unloading their lime railcars.  They used a pressure differential (PD) railcar at very high, 2 bar pressure, to pneumatically transfer the lime from the railcar’s three hoppers.  An 8-in-diam hose with an aluminum coupling was mounted to the first hopper.  The lime flowed fine from this hopper.  They then mounted the hose on the middle hopper and only after a short time the lime began to flow.  Finally, they moved the hose to the third hopper and the lime would not discharge.  The operator (as you would expect) took a mallet and started beating on the hose. It was then that I noticed that the fourth time he struck the hose the coupling tilted.  I yelled at him and told him to stop.  Well, he decided to keep beating on the hose, and I told those around me to get out from near the railcar.  We all ran and hid behind a building when suddenly, the high-pressure hose let go.  The dust cloud reminded me of 9/11; but at least we were safe.  We hurried back to find the operator and he was covered in lime, badly scraped, and injured by the flying high-pressure hose.

Guess what the first thing he did was? He lit up a cigarette!!!

A dust collector was being installed on the top of a plant roof penthouse. The supports were being welded to the building steel and as per safety procedures there was a fire watch located on the lower main roof to monitor for sparks and fire from the welding above. Being on the roof, it can be distracting to observe the vast surrounding landscape, which is particularly what this fire watch had been doing as opposed to paying attention to the stray welding sparks. The installation coordinator looked over to see smoke coming from the hood of the sweater on the fire watch individual. The fire watch has actually caught on fire from a stray spark landing directly in this hood. The smolder was quickly doused without incident but the irony of a fire watch catching on fire remains.

I was asked to visit a bulk loading terminal in South America a few years ago, whereby millions of tons per year of grains are put onto huge seaborne bulk carriers.  My role as a bulk solids handling consultant was to evaluate inefficiencies during grain storage, transport, and ship loading.  During my days at the site, I reviewed storage halls, truck unloading stations, conveyor belt lines and chutes, and loading gantries. Though this may seem like a normal situation, the trip felt more like a nightmare right from the start!

After arriving at the international airport, a hired car drove me for three hours to the terminal to commence my investigation. However, two of the four tires on the car were highly questionable (without tread) and they were heavily out of balance, so the ride was “white-knuckled” to say the least as we drove about 150 kph (93 mph) to the plant. Fortunately, we made it!

From the plant visitor lot, I could see grain dust being emitted from several locations – warehouses, belt conveyors, and even ships being actively loaded. So, the nightmare would continue!  Upon meeting plant management, I asked them regarding training on combustible dust hazards, and they indicated they do not do this training as they have never had an incident like a dust explosion. The nightmare continues!

As I began my investigation, I walked through the truck lot accidentally stepping into a 0.5-m (20-in.) deep pothole filled with water, mud, rodent droppings, and bird feathers – I thought I was stepping on solid ground, but the dust covered over the water on the top of the pothole, sealing my fate! I walked around for the rest of the day with a water-logged boot and soaked leg with the most retched-smelling substance. The nightmare continues!

I ask to see one of the transfer chutes handling grain at 500 tn/hr. The process superintendent asks if I really want to go into the tunnel (see photo below) where the chute exists, and I inquire “why is this an issue?” He responds that no one wants to go in there due to the spiders and their huge webs, large rodents (some have been given pet names…), heavy dusting, and birds that may attack you. The nightmare continues! 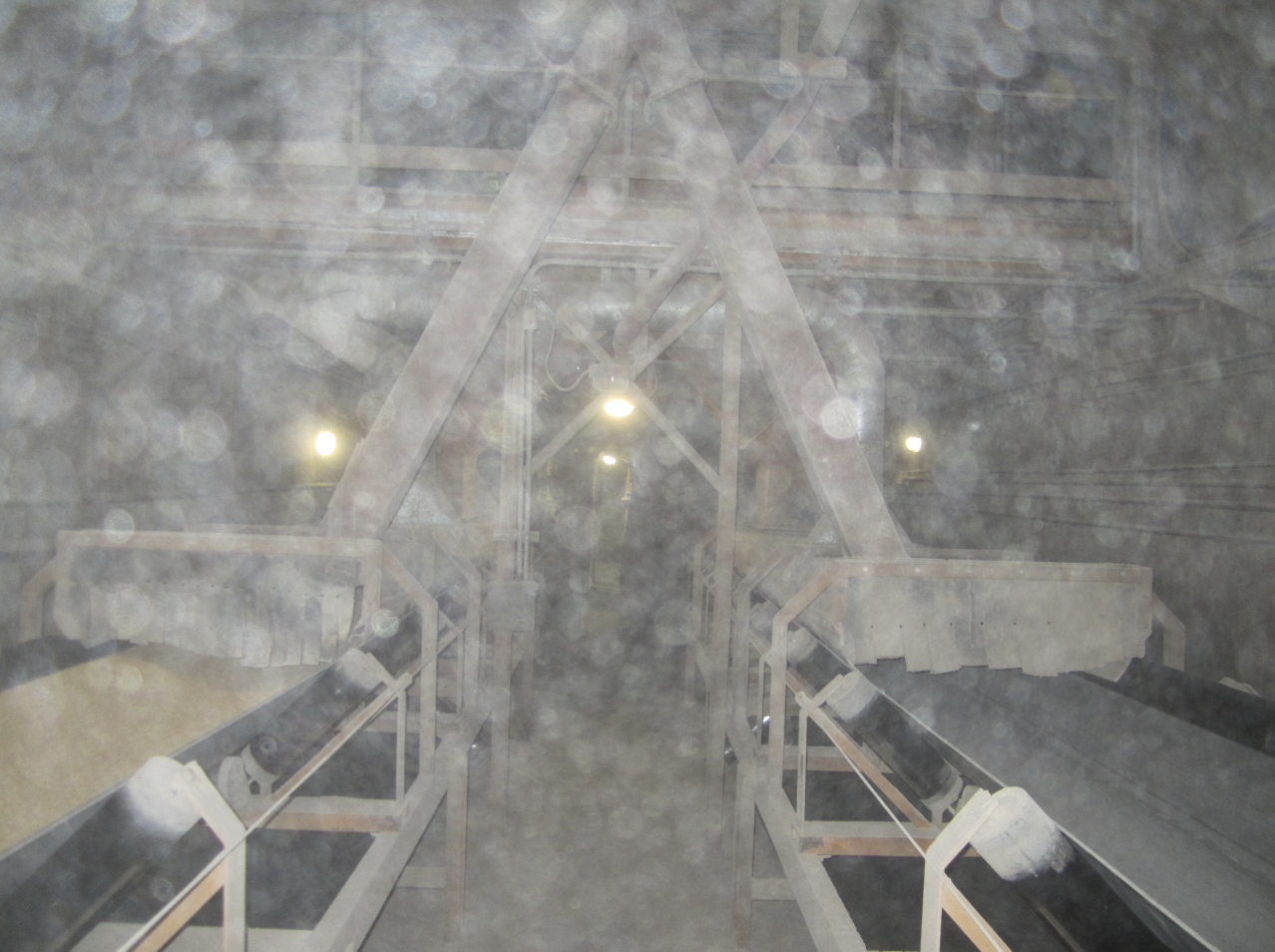 As I enter the tunnel, it was not the hand-sized spiders that scared me, but the heavy combustible dust at levels exceeding the minimum explosible concentration. I indicated to my hosts that I would be immediately leaving the area and they seemed annoyed. I tried to explain the hazards of flash fires and dust explosions with many credible ignition sources – but they argued again that they have never had a dust explosion incident. The nightmare continues!

I safely completed my site visit review by asking them to shut down the equipment to let the dust settle, and I was able to execute what I was contracted to do. In the end, the client decided they could not afford to make the modifications needed to make major improvements to the process. They would continue to operate as they always have.

To add insult-to-injury, they experienced a dust explosion event a year after my visit where several personnel were injured, and significant equipment damage shuttered the terminal for a costly period of time. Though the nightmare ended for me, the nightmare lives on for the client!

Always take responsibility for your safety – don’t be part of a nightmare!

During a visit to one plant handling a mined material, I was tasked with addressing material bridging from one of their silos. Material was loaded into a dump hopper whose top was at grade, and then a belt conveyor transferred material up to the silo. The underside of this hopper could be accessed via a tunnel. Following my host, we trekked down into the tunnel alongside the belt conveyor. As we continued, I heard the indistinct sound of running water. Asking my host what the sound was he replied that the tunnel leaked a little. The leak was a steady drainage of water directly above the belt conveyor. As a crude remedy, a piece of lagging had been secured above the belt, but the water flowed around it, bathing the passing material. Unfortunately, this material’s flowability was moisture sensitive, meaning increased moisture content meant more problems. I advised they fix the leak before we pursued any modifications to the downstream silo.

Don’t let horrors like this happen in your operation! For more stories about safety and compliance, click here.