What is the Difference Between Dense Phase and Dilute Phase Conveying? 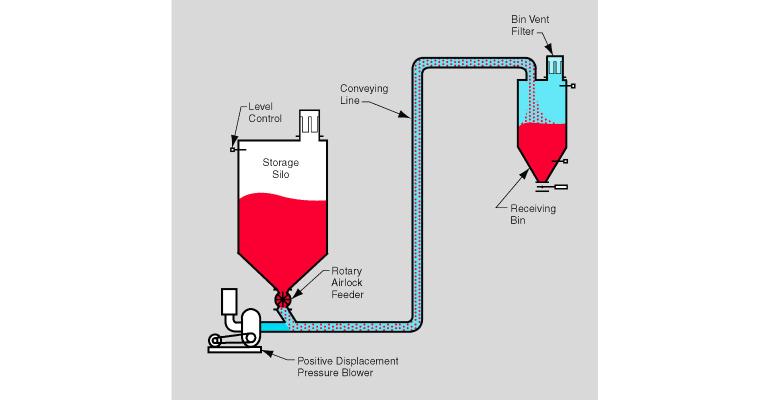 Dilute phase pneumatic conveying system
This article will attempt to answer this question and explain the differences between these two types of systems.

Pneumatic conveying systems are generally classified as either being dense phase or dilute phase. But what does this mean? And what do these systems generally look like? This article will attempt to answer this question and explain the differences between these two types of systems.

First, let’s get some definitions out of the way. “Gas” will refer to the conveying gas. This will most commonly be air. However, there are applications where other gasses are used to convey. Nitrogen is probably the most common “other” gas used as it is a relatively inexpensive inert gas to produce, since 78% of our atmosphere is nitrogen. Nitrogen is commonly used where oxidation of the material conveyed is a concern, or for the conveying of explosive materials. Second, “material” will refer to the solids that are being conveyed. Third, “efficiency” will refer to the power required relative to the rate and distance of the system. The system that uses less power (gas) conveying the same rate and distance is more efficient from a power (gas use) standpoint. Now, let’s get to the interesting part. 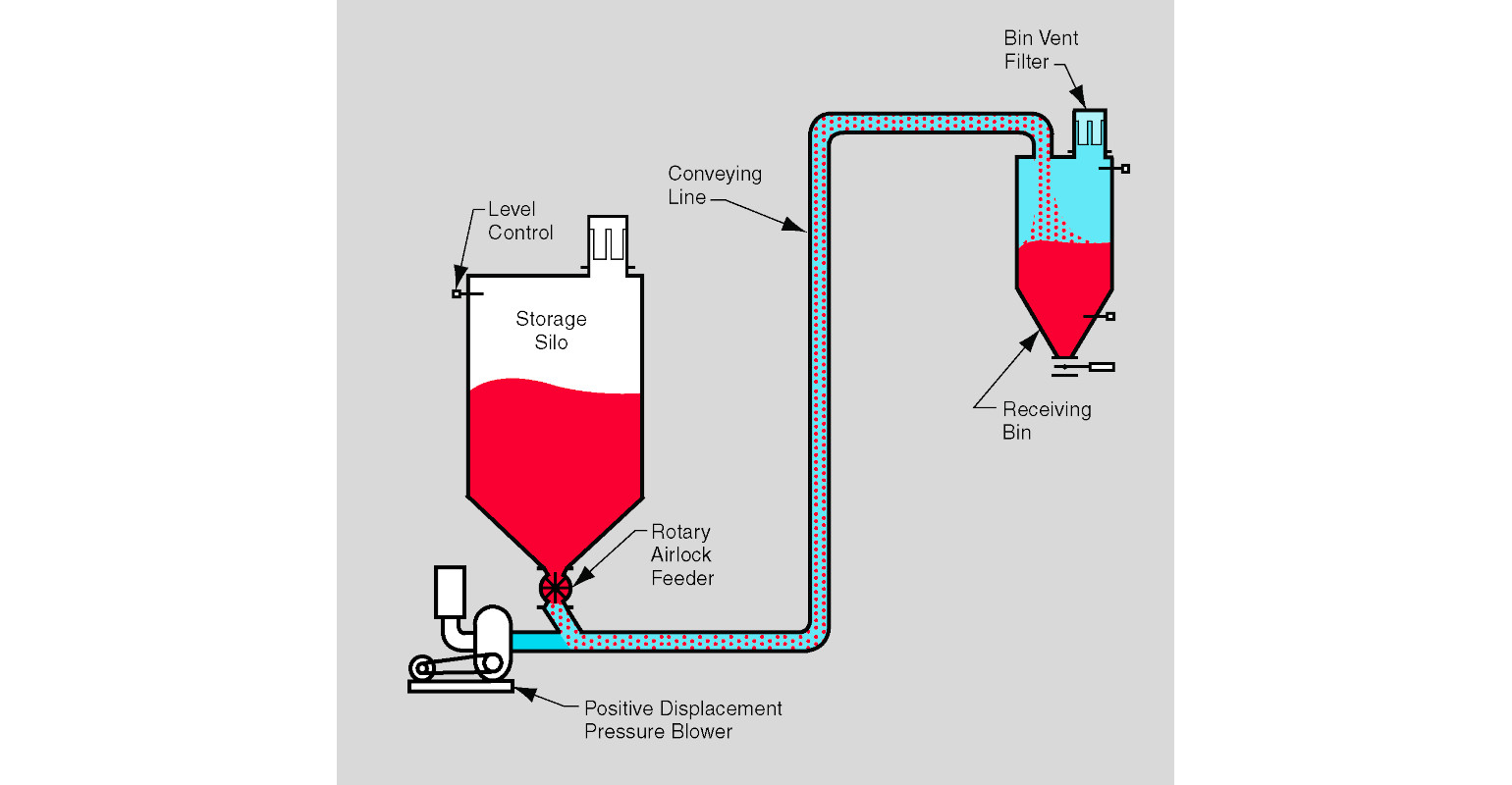 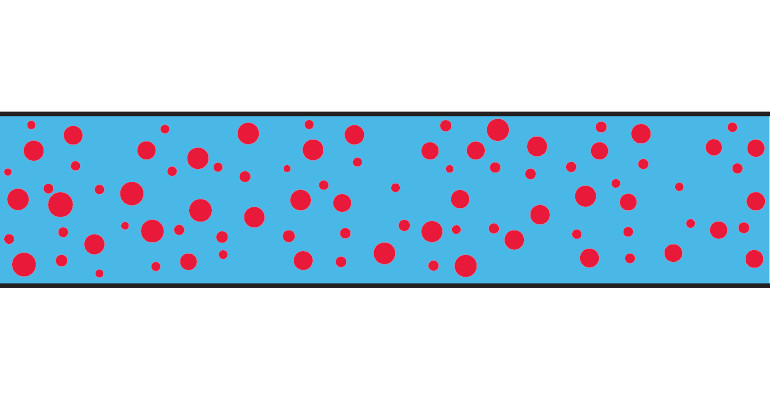 With dilute phase system designs, it is not uncommon for half of the total system power to be used just to move the conveying gas through an empty convey pipe. This is due to the low operating pressure and the high velocity of the gas flow. As such, these systems become less practical as the conveying rate requirement increases or the conveying distance increases. It is also not uncommon with dilute phase conveying systems to have gas velocities more than 5,000 ft/min. This makes a dilute phase pneumatic conveying system also less practical for applications handling fragile or abrasive materials since high material velocities cause more wear and particle damage. 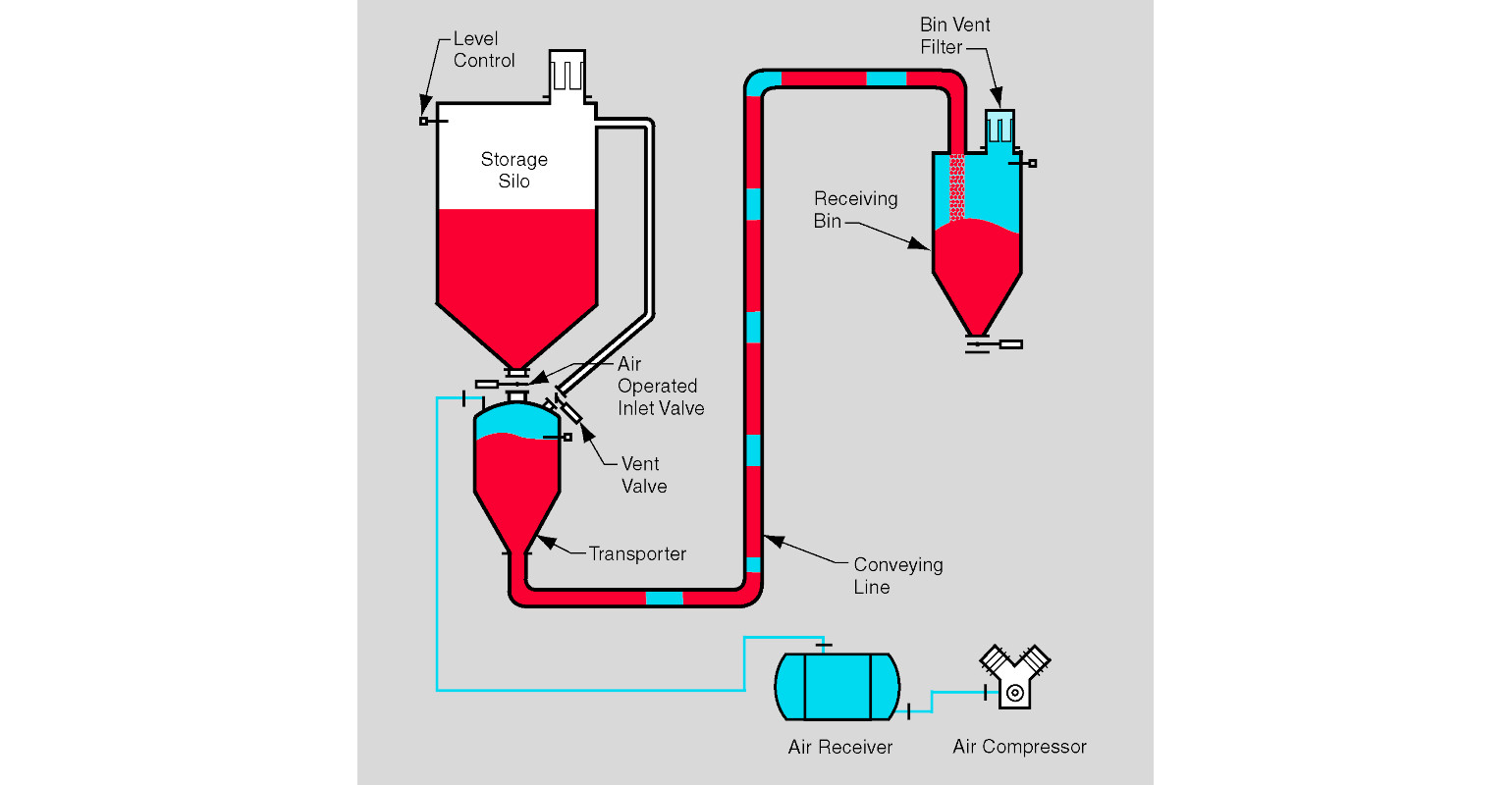 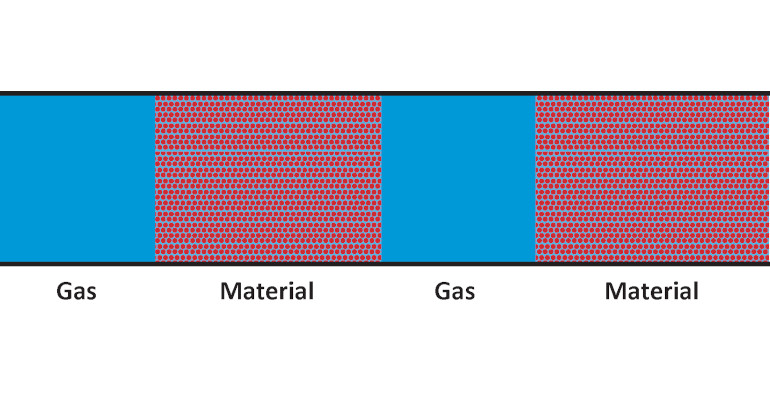 Beyond Dilute and Dense Phase

It is important to note that while most pneumatic conveying systems fall into either the dilute phase or dense phase category, there are some exceptions, extremes, and in-betweens. Pneumatic conveying systems can be adjusted to operate in a variety of spectrums from pure suspension flow to pure slug flow. There are many different types of dilute phase and dense phase systems. The caveat with this is that when the material changes slightly, the pipe route changes, or the convey distance changes (multiple destinations, for example), the optimal conveying mode will change as well. So, beware the finely tuned test scenario that demonstrates the “perfect” conveying mode. This may not be possible in practice if the material is not consistent, or the application calls for multiple destinations which have different convey distances and pipe routes.

In addition to there being many different types of dilute and dense phase systems, there are other technologies that should be taken into consideration. This would include how booster (or air saver) technology maintains the slug length and quantity in the convey pipe. But that is a discussion for another article.