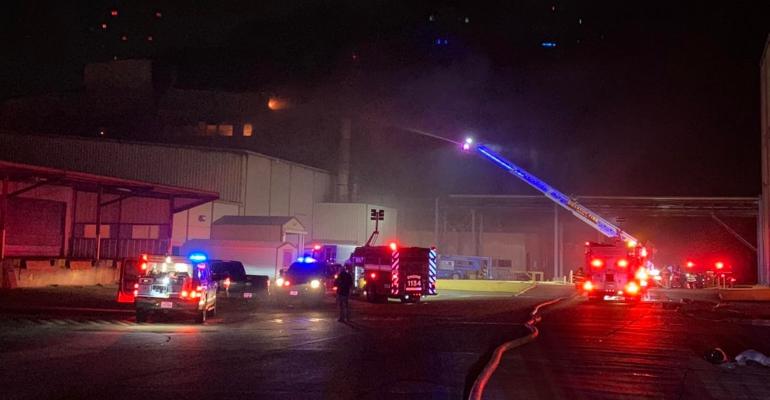 Crews from several area fire departments were called to the Nan Ya Plastics plant in Wharton, TX on Sunday night.

Firefighters were dispatched to the manufacturing facility around 8:50 p.m., police told ABC News affiliate KTRK. The station heard a first responder’s radio call that indicated that the plant’s workers evacuated during the fire.

The Wharton Police Department said in a Facebook post that all employees and emergency personnel are “safe and accounted for.”

As crews worked to douse the fire, several streets near the Nan Ya Plastics site were evacuated, Houston-based news broadcaster KPRC reported. Residents were later allowed to return to their homes.

The fire is believed to be equipment related and not linked to a crime, police said.

Nan Ya Plastics manufactures PVC rigid film and APET rigid film at the Wharton plant, according to information on the firm’s website.