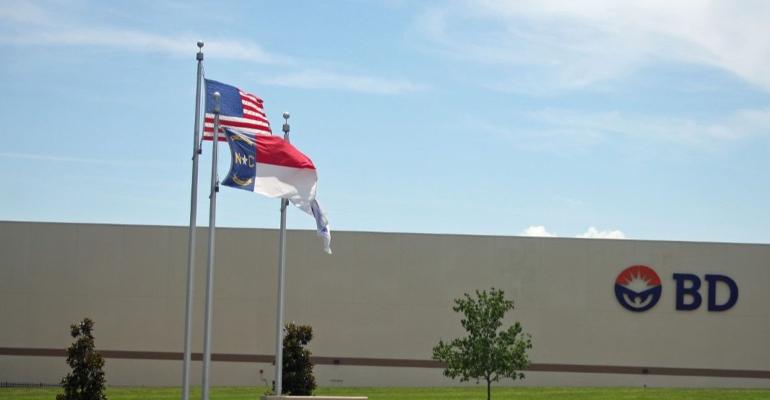 The opening of the medical device production plant will create 22 new jobs in engineering, machine operations, material handling, and other areas, Johnston County Economic Development said in a release. BD’s decision to invest in the North Carolina location comes after the firm evaluated nine sites in three states.

“BD already has a strong presence in North Carolina – with four facilities and more than 1,000 employees across the state – and we look forward to growing our investment in the state and the town of Four Oaks with this new facility,” Travis Anderton, vice president at BD, said in a statement. “We considered multiple locations across the United States, and a combination of our existing presence in North Carolina, proximity to one of our distribution centers, and the incentives provided by Johnston County were the determining factors to located in Four Oaks.”

Construction is slated to commence next year. Operations are anticipated to begin there in 2024. The company has had a distribution center at Four Oaks Business Park since 2010.

“Advanced manufacturing and life sciences are cornerstones of the 21st century economy, and these two dynamic sectors are coming together in a major way in Johnston County,” said R.S. “Butch” Lawter Jr., chairman of the Johnston County Board of Commissioners, in the release. “BD is among the leading medical device makers in the world, and we’re proud the company has chosen Four Oaks Business Park as the backdrop for its latest round of growth.”

A study estimates the plant could contribute $15 million to the county’s annual GDP.