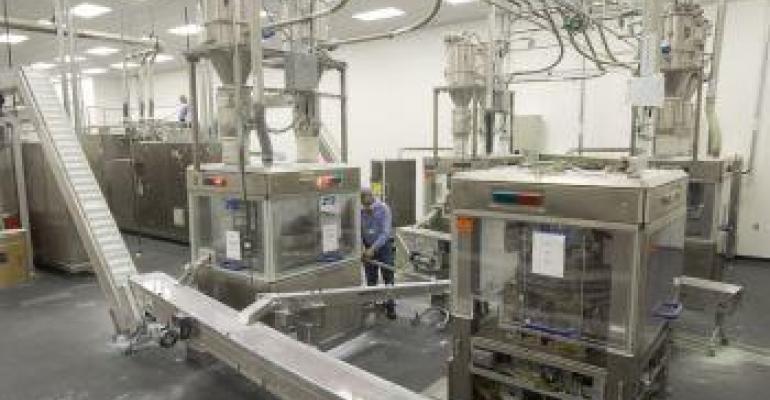 The service makes PTI one of a select few contract manufacturing organizations (CMO) capable of taking raw powdered product through the entire formulation, finishing, and packaging process under one roof within a low-humidity environment.

For pharmaceutical companies, turnkey tableting brings a high level of efficiency, including a streamlined quality control process that is contained within one organization rather than spread out among several.

Versatility is at the heart of turnkey tableting – and versatility starts with an operation’s core equipment. PTI’s tableting line features a Fette 3090 tablet press, a robust and versatile double-sided (and/or double-layer) tablet press. The Fette 3090 was the first tablet press to incorporate an interchangeable turret feature. In doing so, it introduced high changeover speeds, tooling configuration flexibility, and overall output. This allows the production team at PTI to minimize downtime and maximize production speeds.

Another vital aspect of turnkey tableting is durability. By its very definition, turnkey tableting employs a comprehensive line of integrated manufacturing and packaging equipment that, much like a fence, is only as effective as its weakest link. For pharmaceutical industry CMOs, this means that every single component across the entire line must operate in seamless synchronization. The longer the line, the greater the need for each piece of equipment to reliably meet its duties, because not doing so affects the entire line exponentially.

Here, too, the Fette 3090 tablet press serves as testament. In the mid-1990s, a full-scale evaluation of all available tablet press manufacturers was conducted, toward the goal of identifying a double-layer press robust and fast enough to withstand round-the-clock manufacturing of effervescent tablets (which are particularly difficult to produce due to the large diameter of the tablet and the tablet’s susceptibility to moisture). Given the substantial disparity between forces required to compress the first and second layers, the Fette 3090 proved to be the only press offering the necessary combination of precision-based speed and engineering strength. The 3090 has been producing hundreds of millions of these effervescent tablets at PTI ever since.

Complemented by a small-scale tablet pilot room, this commercial-scale turnkey tableting operation is capable of producing more than two billion tablets per year