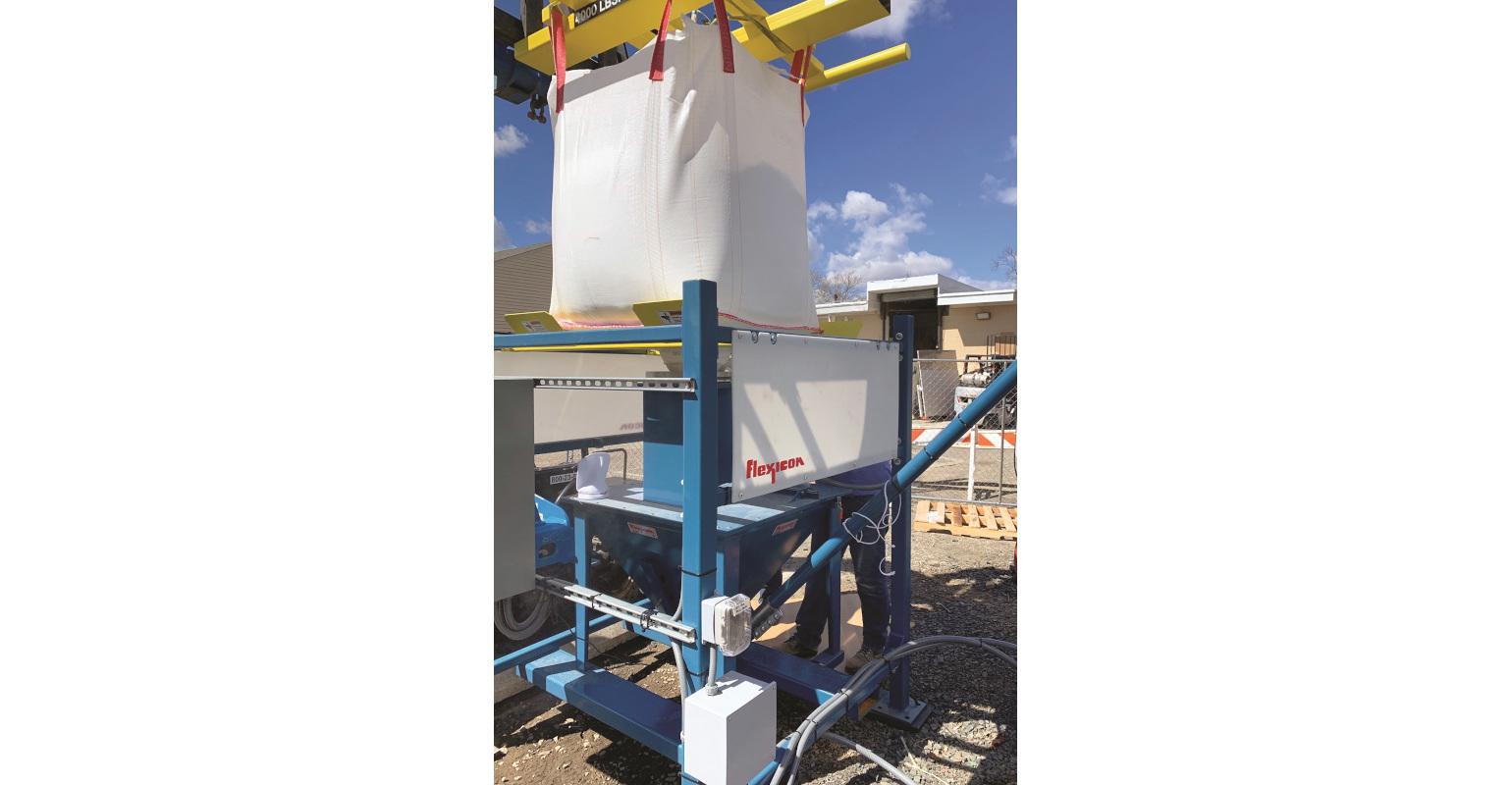 To treat contaminated groundwater at a New Jersey site, XDD Environmental designed and built a system that discharges high volumes of sodium bicarbonate from bulk bags automatically. The system pumps water from the ground, adds a variety of amendments to it, and re-injects the treated water into a different area of the site. The treated water promotes the growth of naturally occurring bacteria in the soil, which break down the contaminants.

Sodium bicarbonate acts as a pH buffer in the groundwater, which becomes more acidic as the bacteria metabolize the contaminants. “We’re giving the bacteria a better environment so they can thrive,” said Scott Crawford, senior project manager at XDD.

“Normally, we would take a bulk bag of sodium bicarbonate and manually add it to a mixing tank, but in this case, we had to deliver it in near-continuous fashion,” Crawford added. “There was no way to make those additions manually.”

The treatment system pumps between 20 and 60 gal of groundwater per minute into a 4,000-gal tank. There it is treated with sodium bicarbonate and pumped out at the same rate. Downstream, additions of emulsified oil and other amendments are made, and the treated water is injected into the ground. This semi-continuous process consumes 8,800 to 11,000 lb of sodium bicarbonate per eight-hour day.

Crawford’s specifications for the discharger focused on durability. “It operates outside, so we needed it to be rugged,” he said. “It had to take a lot of abuse and stand up for a 3-year project life.”

It also needed to remain stable on rough ground and be easy to move. The company opted for a half-frame unit with a separate bag-lifting bracket to be raised using a forklift. “A stable concrete pad for anchoring equipment with a high center of gravity isn’t available, so we went with a low-profile, quasi-manual system that we can move closer to other treatment areas when needed,” added Crawford.

At the hopper’s outlet, a 15-ft-long Model 1500 Bev-Con flexible screw conveyor elevates the sodium bicarbonate to the 10-ft-high mixing tank. The conveyor’s screw geometry is designed to handle difficult materials. Variable speed enables the operator to adjust the flow of sodium carbonate to match the flow of water. “We want to feed the bicarbonate at a rate that it can dissolve adequately,” Crawford said. “On site, we set the right blending ratio, and all we need to do is keep an eye on the bag. When it’s empty, we put a new bag on.” The brief downtime between bags has no impact on the process.

The discharger’s hopper incorporates a bag dump station for adding 55-lb  bags of trace nutrients. Crawford said, “No one has to climb a ladder to the mixing tank, and the hatch and grate at the bag station free the operators from having to balance bags on their knees.

“The operators running the discharger and conveyor have limited experience with any kind of powder handling, so the system needed to be very simple to operate,” he explained.

The discharger’s PLC communicates with the larger treatment system. If, for example, the proximity level switch senses a low level in the hopper, the conveyor stops. That information is shared system-wide, triggering the pumps and other equipment to pause until the issue is corrected. XDD can monitor the operation from its offices in New Hampshire. “We can log into the system by PLC interface and see what the flow rate is and what the alarm conditions are. If the operators have any issues with the system, they can contact us, and we’ll help get them back up and running,” said Crawford.