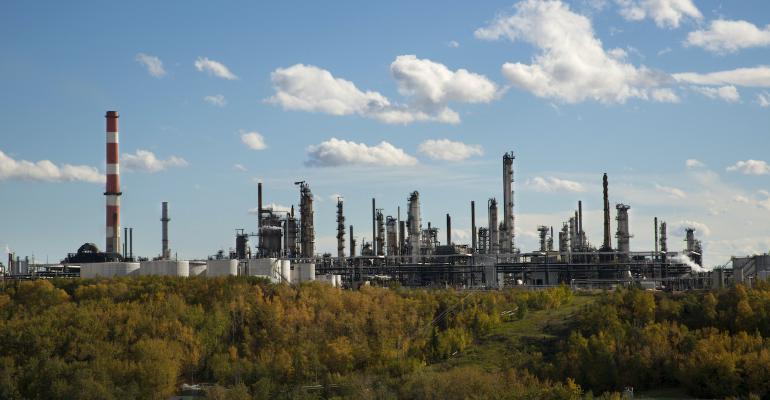 The Imperial Oil Ltd. refinery near Edmonton, AB will be capable of producing 20,000 barrels/day of the eco-friendly fuel.

Once operational, the facility will use locally sourced plant-based feedstocks and hydrogen from carbon capture and storage (CCS) in the manufacturing process. The site’s initial capacity is expected to reach 20,000 barrels per day of renewable diesel.

“Canada’s proposed low-carbon fuel policies incentivize the development of lower-emission fuels that can make meaningful contributions to the hard-to-decarbonize sectors of the economy, including transportation,” ExxonMobil Fuels & Lubricants Co. President Ian Carr said in a company release. “The Strathcona project is an example of how well-designed policies allow us to leverage our existing global facilities for capital efficiency, utilize our proprietary catalyst technology, and bring our decades of processing experience to develop low-emission fuels.”

Blue hydrogen, a natural gas byproduct collected with CSS, will be combined with biofeedstock and a proprietary catalyst to manufacture the diesel fuel. ExxonMobil anticipates that some 500,000 mt of CO2 will be captured with the CSS system.

“ExxonMobil Low Carbon Solutions has made the broad commercialization of carbon capture and storage our initial focus, and we are seeing increased momentum for projects that include hydrogen and biofuels – areas that we are uniquely suited to address and advance in combination with CSS,” said Joe Blommaert, president of ExxonMobil Low Carbon Solutions, in a statement. “We strongly support an economy0wide price on carbon because it is the most efficient approach to changing behaviors and accelerating investments in low-emission technology.”

The project is part of ExxonMobil’s initiative to produce over 40,000 barrels/day of low-emission fuels by 2025. Its Low Carbon Solutions business was established this March to further the commercialization of the technologies and fuels.

A final investment decision will be made by the company based on government support and approvals, as well as market conditions and the competitive landscape.