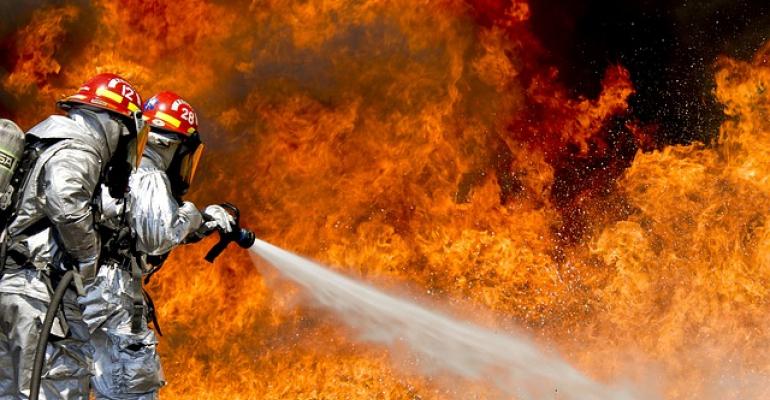 As the internet broadens the reach of information and video technology becomes more omnipresent, many videos of combustible dust incidents have emerged, as well videos on dust explosion education, post-incident reports, and controlled dust explosion demonstrations. The wide array of content now available through websites like YouTube - from dramatic blasts captured in the moment to digitally animated models of dust explosions - can offer vital lessons to operators of facilities where combustible dust hazards are present.

Powder & Bulk Solids Managing Editor John S. Forrester compiled this list of the top ten dust explosion videos available on the internet to showcase some of the most compelling and informative examples.

A dust explosion at the Imperial Sugar refinery in Port Wentworth, GA on Feb. 7, 2008 caused 14 deaths and 36 injuries. The U.S. Chemical Safety Board (CSB)'s video offers details on the factors that led to the deadly incident through interviews with investigators, animations of the blast and the damage it caused, and highlights of the CSB's report on the incident.

This moment captured by CTV News in September 2016 shows a dust explosion that occurred as firefighters were working to put out a fire in a hopper at an Abbotsford, BC furniture production plant. Several firefighters were in a fireball's path at the bottom of the hopper during the incident, but managed to escape unharmed. Vancouver Fire Captain Jonathan Gormick told CTV News that the firefighters' protective clothing and gear prevented injuries from the flames.

In late July 2017, A farm in Switz City, IN experienced a dust explosion after a grain bin collapsed. Workers were unloading about 10,000 bushels of corn into a truck from a grain bin at William M. White Farms when the structure fell down, knocking down a power line that sparked grain dust and caused an explosion, reported the Green County Daily World. A video of the incident posted to Facebook by a member of the family that owns the farm quickly went viral.

Commercial property insurer FM Global created this dust explosion at its research campus in West Glocester, RI by placing 11 lb of coal dust in a trough inside the structure, dispersing and suspending the dust with a small charge, and then igniting it with a bottle rocket. The video shows the blast in real time and then in slow-mo to offer the viewer a glimpse at the true power of dust explosions.

This video by rotary valves manufacturer ACS Valves is a straightforward primer on the ins-and-outs of the Dust Hazard Analysis (DHA) process and its connection to the National Fire Protection Association's (NFPA) NFPA 652: Standard on the Fundamentals of Combustible Dust. One nice feature included in the video is a chart explaining the Kst values for common types of dust - from activated carbon to milk powder.

One person was killed and another was injured in a dust explosion at the Andersen Farms grain elevator in South Sioux City, NE on May 29, 2018. Drone footage filmed by the South Sioux City Police Department illustrates the massive damages of the blast caused.

In February 1967, a dust explosion at the Morningstar-Paisley chemical plant in Hawthorn, NJ killed 11 people and left the facility in ruins. One of the few pieces of older footage of combustible dust incidents available on the internet, this video serves as an reminder that combustible dust explosions are a recurrent hazard through the decades.

Perhaps no video captures the destructive power of combustible dust as well as this footage of the Didion Milling facility in Cambria, WI taped by a news helicopter in 2017 following a deadly blast. On May 5 that year, a dust explosion at the facility killed 5 workers and injured 14. The U.S. Chemical Safety Board (CSB) is currently investigating the incident.

At the International Powder & Bulk Solids Conference & Exhibition (Powder Show) in Rosemont, IL, Dr.-Ing. Johannes Lottermann of REMBE Safety + Control conducts a live demonstration of a dust explosion and offers an explanation, the science at play, and how explosion venting technology can help minimize harm and damages.