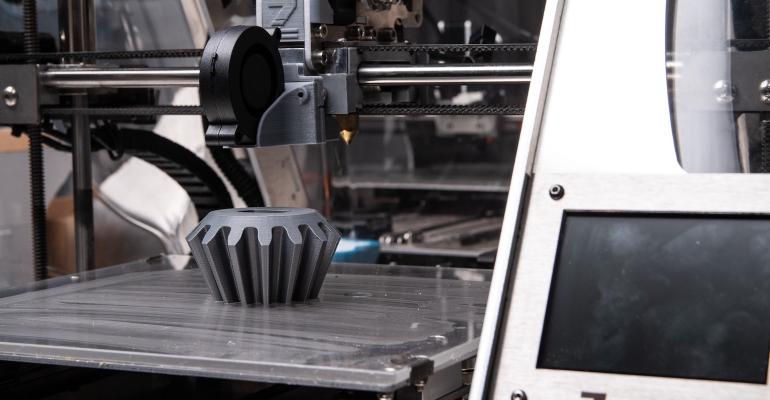 The new IperionX Ltd. facility will create titanium powders for additive manufacturing and other powder metallurgy applications. Representative image.
The $82 million facility in Halifax County, VA will be the first facility in the United States to produce 100% recycled titanium powder.

$12.5 million will be invested in construction, machinery, and tools during the first phase of the project, and the company will initially operate from the 50,000-sq-ft Halifax Shell Building in the Southern Virginia Technology Park. Within three years of the development, an additional $69.6 million will be spent on the second phase of the project to expand the facility to 100,000 sq ft.

“The new Halifax County operation will represent the first titanium metal powder facility in the US using 100% recycled titanium scrap as feedstock, putting Virginia on the map for providing a critical material that is essential for our advanced industries,” Gov. Youngkin said in a release.

Products made at the facility will be used in a range of industries, including aerospace, defense, automotive, electric vehicles (EVs), and 3D printing.

“We are delighted to have chosen South Boston and Halifax County as the site for our inaugural titanium demonstration facility, which is a critical step in advancing IperionX’s ambition to re-shore an all-American source of titanium metal,” said Anastasios Arima, the company’s founder and chief executive officer, said in a statement. “We are highly appreciative of the support and welcome that we have received from our partners and stakeholders in Virginia and look forward to establishing IperionX as a leader in advanced manufacturing in our new home.”

108 new jobs will be created over the two phases of the expansion, injecting an estimated $80 million into the county’s tax base.