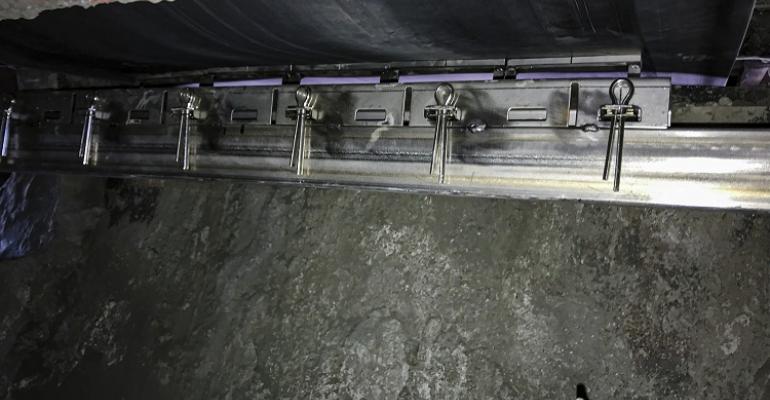 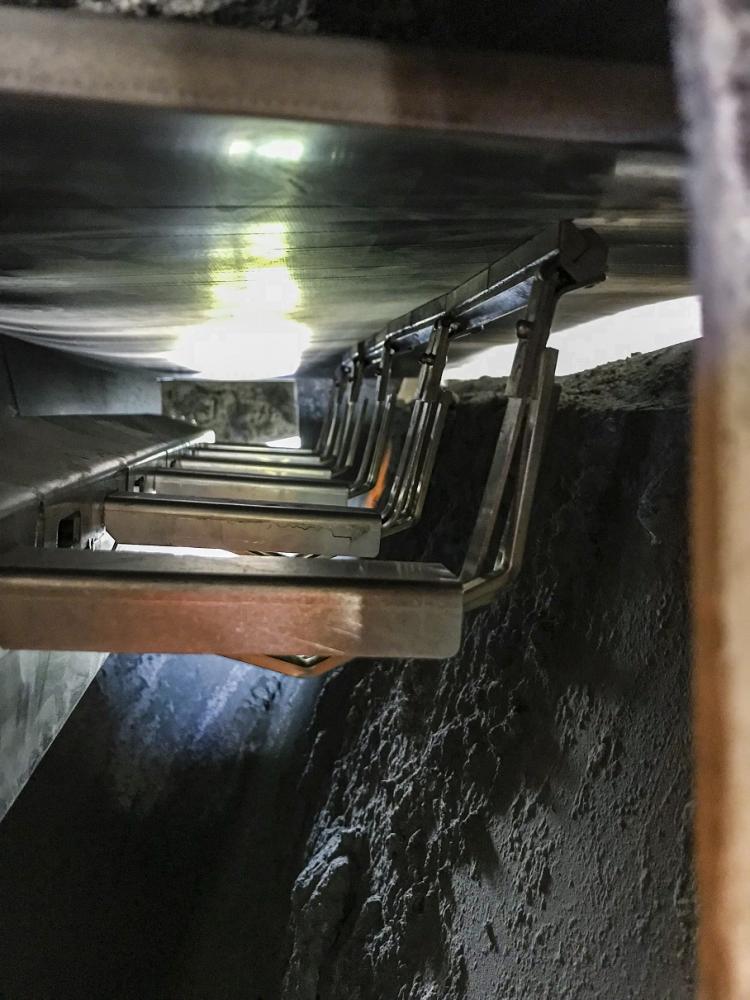 The CleanScrape secondary cleaner (CS2) is particularly effective in conditions where continuous production is a high priority or cleaner service is difficult, including corrosive or high-temperature environments. Typically requiring just one re-tensioning during its lifespan, the low maintenance requirements and excellent cleaning ability help reduce cost of ownership in a wide range of industries, such as mining, coal processing, quarrying, cement production, scrap, and other bulk material handling operations.

A solution for areas with restricted space, the all stainless steel design incorporates a matrix of specially-engineered carbide tips and is tensioned lightly to prevent damage to the belt or splices. Despite low contact pressure between belt and cleaner, it has been shown to effectively remove potential carryback material that was not dislodged by a primary cleaner. The carbide cleaning surfaces deliver high performance, and the unit’s light touch helps protect against belt wear.

The CS2 can be used with any primary cleaner, but was engineered to be paired with the company’s original CleanScrape primary cleaner (CS1).  When used together, they form a rugged, low-maintenance system that effectively removes carryback, helping to prevent fugitive material and the associated cleanup. The system represents a new concept that delivers up to four times the service life of conventional designs, with half the maintenance. The combination has been shown to remove as much as 99% of the carryback in most belt cleaning applications. The reduced service requirements and high durability deliver a low life cycle cost, while allowing crews to focus on other tasks.

“Many carbide-tipped belt cleaners require high pressure against the belt to be effective, and they typically need to be re-tensioned often throughout their service life,” explained chief technology officer Paul Harrison. “Like the CS1, this design is extremely effective with light tension against the belt, which helps avoid the damage to belts and slices that can occur with other carbide-tipped secondary cleaners.  And because it only needs tensioning once during its lifespan, the maintenance requirements are very low.”

Harrison said that the negative rake angle of the CS2 is also key to the new design. “Some manufacturers use a positive angle of attack at the secondary position, which is greater than 90 degrees,” he continued.  “That’s common in a urethane primary cleaner, which is tensioned tightly against the pulley. But using a ‘peeling’ action in a secondary cleaner can damage and prematurely wear the belt cover. It can be catastrophic on “beaver tails” (small sections of belt damage where a section of the top cover has separated from the belt carcass). With a negative rake angle and the ‘scraping’ action it provides, the CleanScrape secondary cleaner delivers outstanding performance, while mitigating potential belt damage.”

The new design will be introduced first in the U.S. and Australia.

Here are other mechanical conveying articles:How Industry Expertise Ensures Correct Flexible Screw Conveyor Selection and Process UptimeTubular Conveying is Not So Obvious Until You Look Inside4 Signs of Bucket Elevator Inefficiency