Powder Perspectives: There is a Science to Powder Handling 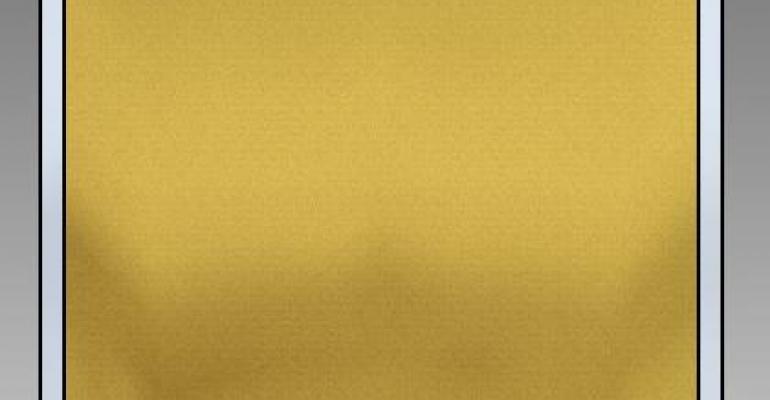 The field of solids handling was developed mainly through the work of Dr. Andrew W. Jenike, who pioneered bulk solids flow theory. Dr. Jenike developed a scientific approach to the storage and flow of bulk solids in the 1950s that is still relevant today. In fact, the Jenike shear test is now the ASTM standard (1) in the United States and Europe for determining bulk solids’ cohesive and wall friction properties.

Typical Flow Patterns
Flow problems can cause flow stoppages, equipment failure, downtime, and degraded product quality. No flow conditions, such as arching or ratholing, erratic flow, flooding, limited discharge, and segregation are typical flow problems. To avoid these problems, you must understand the flow patterns that can develop in a silo. Secondly, to identify a flow pattern, you must have knowledge of material flow properties.
Funnel flow occurs when some material in a silo moves, while the rest remains stationary. The walls of the hopper section are not sufficiently steep or smooth enough to force the material to flow along them. The friction that develops between the silo hopper walls and material inhibits sliding, resulting in the formation of a narrow flow channel, usually directly over the outlet. The first material that enters the silo is usually the last material out (first-in-last-out flow sequence). If the material has sufficient cohesive strength, it may bridge over the outlet or, if the narrow flow channel empties out, a stable rathole may form. This stable rathole decreases the bins live or usable capacity, allows stagnant material that can cake or spoil, heightens segregation problems, and/or can cause structural failure. 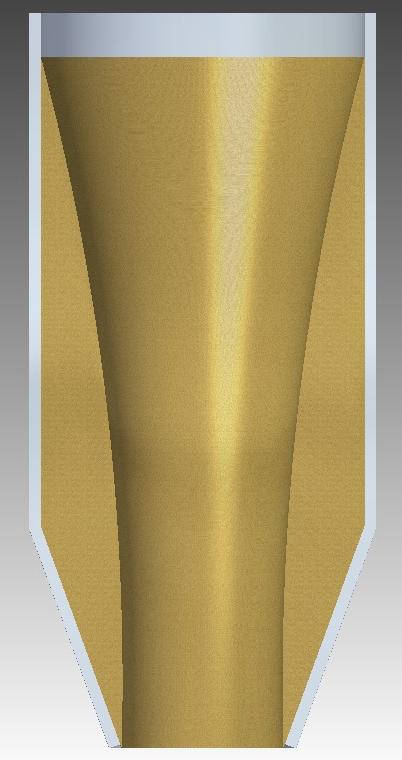 Funnel flow bins are suitable for coarse, free-flowing materials that do not degrade. They can also be used when segregation is not important. Plastic pellets would typically be suited to funnel flow applications. The major benefits of a funnel flow silo are reduced headroom requirements and lower fabrication costs for the silo. Usually shallow cones (60° or less), pyramidal hoppers (shown), and flat-bottomed silos are used. Most funnel flow silos are designed to save height and/or cost. However, material flow problems for other materials, such as fine powders, may far outweigh these benefits because they do not flow well in funnel flow and the silo will experience flow problems.
Mass flow occurs when all the material in a silo is in motion during withdrawal. Material slides along the hopper walls because they are steep and smooth enough to overcome the friction that develops between the wall surface and bulk solid. The hopper outlet must be large enough to prevent arching (note: mass flow will not prevent arching). It is also important to note that stable ratholes cannot form in a mass flow silo. Consequently, mass flow silos are suitable for cohesive solids, fine powders, materials that degrade or spoil, and solids that segregate.
The flow sequence is one of first-in-first-out, which allows mass flow silos to store solids that degrade with time. Powders cannot flood if the material's residence time is sufficient for deaeration. Particle segregation is minimized as the fines and coarse particles are reunited at the outlet. Typically, steep cones and wedge shaped hoppers (chisels, transition hoppers, etc) are used to ensure mass flow. 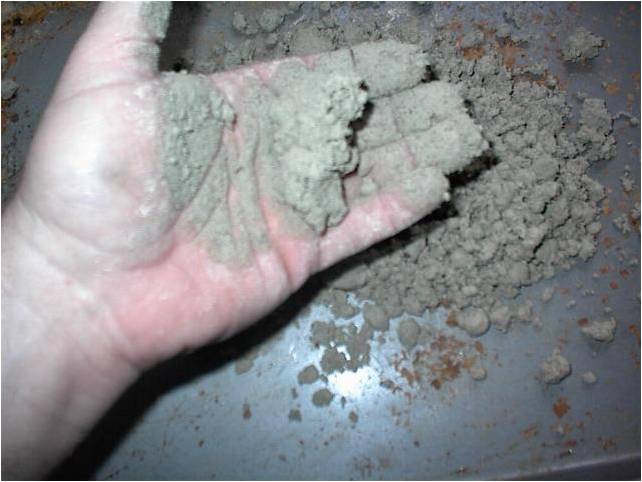 Material Flow Properties
Solids flow property tests will identify, prior to equipment fabrication, just how a solid will flow in a particular geometry. The validity of a proposed geometry can be confirmed by determining a material’s cohesive properties and wall friction properties. Flow property tests may also be used to identify a flow problem in an existing bin or silo. These tests measure a material’s cohesive strength, wall friction properties, compressibility, and permeability.
Cohesive strength measurements can determine the opening size required to prevent arching and ratholing. Cohesive strength is a physical, chemical, or electrical bond that causes a flow obstruction to occur. Many bulk solids, when poured from a container, will flow like a liquid. Under these conditions, the material has no cohesive strength. However, when squeezed, the solid may gain enough strength through compaction to retain the shape of your hand.
Cohesive strength is measured using a bench scale laboratory testing device such as a direct shear tester (Jenike Shear Tester). The material’s cohesive strength is measured as a function of applied consolidation pressure. In a laboratory, a sample of the material is placed in a shear cell on the direct shear tester and both compressive and shear loads are applied to simulate flow conditions in a bin.
Once material in the shear cell is consolidated, its strength is measured by shearing it to failure. By repeating this procedure under different conditions the resulting value of strength vs. consolidating pressure can be developed. The process is fairly straightforward; however, it requires time to simulate a range of pressures acting in a silo. Typically, three pressure levels are used to simulate the range of pressures that are representative of the pressures the material will experience in storage.
This test procedure allows us to simulate several other conditions which affect material flowability. The sample’s moisture content and particle size can be controlled, while the direct shear tester allows simulation of the effects of temperature and time of storage at rest on the sample.
Wall friction values are expressed as a wall friction angle or coefficient of sliding friction. The lower the coefficient of sliding friction, the less steep the hopper walls need to be to ensure mass flow. The coefficient of sliding friction can be measured by determining the force it takes to slide a sample of solid across a stationary wall surface. The friction that develops between the wall surface and the bulk solid resists this force. For a given bulk material and wall surface, the wall friction angle is not necessarily a constant, but often varies with normal pressure, usually decreasing as normal pressure increases. Once wall friction angles are measured, hopper angles for mass flow are determined.
Compressibility is a range of material bulk densities that vary as a function of consolidating pressure. The bulk density of a solid is an essential value used in the analysis of its flow properties. Bulk solids do not have loose and/or packed densities. They exhibit a range of bulk  density that depends on the consolidation pressure being applied by the material in the silo. Compressibility values are useful for calculating hopper angles and opening sizes and also silo loads.
Permeability is determined by passing air or other gas through a representative column of bulk solid. The rate at which the gas flows is measured, while the pressure across the bed is regulated. This approach allows the permeability of the bulk solid to be determined as a function of its bulk density. Permeability values are used to calculate critical, steady state discharge rates through various size outlets in mass flow silos. The silo outlet can then be modified to increase discharge rate.
Knowledge of the types of flow patterns and your materials' flow properties is critical to successful powder handling.

Joseph Marinelli is a consulting engineer and president of Solids Handling Technologies. He has been providing testing and consulting services since 1972. As a former consultant with Jenike & Johanson Inc., he has years of experience testing powders and designing bins and feeders for reliable flow. He lectures frequently on the topic of powder handling and has published several papers, including and article in a chemical encyclopedia and two in a food powder book. For more information, contact Joe at 803-802-5527 or [email protected]