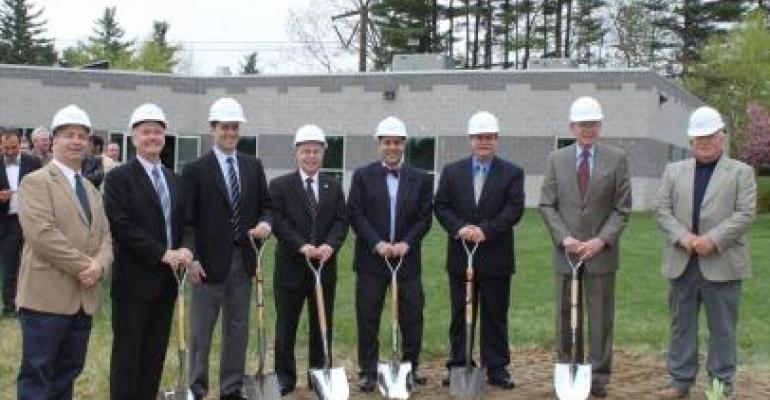 Jenike & Johanson conducted a groundbreaking ceremony for its office expansion on Tuesday May 13, 2014 at its global headquarters in Tyngsboro, MA.

The firm moved into its current office space in 2006, and continued growth has dictated the expansion to accommodate increased staff and laboratory needs. This represents nearly a 75% increase to the current operation.

The ceremony included remarks from the Tyngsboro town administration regarding Jenike & Johanson being a strong, positive member of the community and its history of stable, long-term growth. The project contractor, Senate Construction, welcomed the opportunity to provide rapid construction using a local workforce with care and attention to the environment.

The new addition enables the doubling of the current engineering and advanced modeling and simulation staff. Jenike & Johanson will be immediately filling nearly a quarter of the space with new engineers hired from around the globe. The company has plans to fill the remaining offices over the next few years. Also, the new addition includes enclosed space where the company plans to expand its world-class testing laboratory with new equipment and staff as needs dictate.

Jenike & Johanson is a leader in powder and bulk solids handling, processing, and storage technology. Over the past 55 years, it has tested more than 10,000 unique powders and bulk solids, and worked on more than 7500 projects, giving its team broad, real-world, and in-depth experience to address a wide variety of bulk material handling and engineering needs.