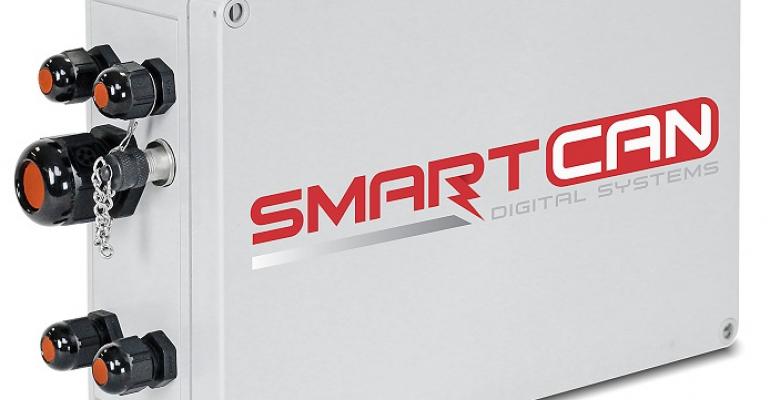 SmartCan allows users to digitally monitor each individual load cell and identify cell failures quickly and effectively. The system utilizes the advanced, internationally-standardized CAN (Controller Area Network) serial bus system to digitize the analog output signals from two or more independent load cells and send the data to the indicator.

SmartCan is housed in a compact, rugged weatherproof IP66/NEMA 4 enclosure and doesn’t require cumbersome external power supplies, in most applications. The indicator software permits a maximum of 32 load cells that could be used in any combination with SmartCan (the homerun cable length, power supply, and sample rate may limit the number of load cells used, in some instances). There are seven different SmartCan boxes available for a wide range of configurations.

Fail-Safe Mode Pending
Cardinal Scale’s Fail-Safe feature with SmartCan allows the system to compensate for a failed load cell by mirroring the estimated value of the remaining cells to offset the failed cell. The Fail-Safe feature uses an algorithm to calculate an estimated value from the data of the remaining cells and creates a virtual load cell to replace the data from the down cell.

Here are more weighing articles that may interest you: How to Choose the Right Checkweigher Dynamic Weighing to Control Feed Rate of Powders and Bulk Solids Continuous Weighing: The Big Picture