Image courtesy of US Department of Defense 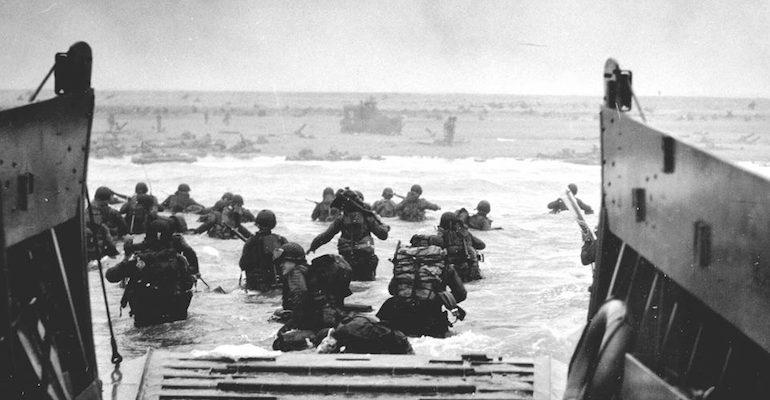 From explosive baking mixes and itching powders, here are some unique powders that were deployed during the conflict

Powder and bulk solid materials and products touch nearly every industry on planet Earth, even defense technology. Dry particulates have been found on the battlefield for centuries in the form of gunpowder. But as World War II raged across the globe, scientists from various countries developed powders that could be used as weapons, explosives, food, and for other vital applications.

Researchers created everything from explosive baking mixes to powdered foodstuffs to solve some practical challenges. Here is a look at some of the most unique powders created by researchers during the war.

During the war, the United Kingdom’s intelligence service, the Special Operations Executive (SOE), developed an itching powder made from the Mucuna plant’s spiked seeds that was intended to demoralize German sailors by making them tremendously uncomfortable, author Fredric Boyce wrote in “SOE’s Ultimate Deception.”

Agents smuggled the itching powder into enemy territory in foot powder packaging, a BBC report said. Instructions told users that “the greatest effect is produced by applying the powder to the inside of underclothing.”

In 1943, SOE notified Prime Minister Winston Churchill that agents managed to use the itching powder on clothing touching “the more tender parts of the human anatomy” of some 25,000 German sailors, according to a Guardian article.

It is unclear how successful these efforts were, but Boyce’s book notes that one intelligence report stated that at least one U-Boat had to return to port due to the powder’s effects.

The powders were sent to SOE agents and resistance fighters across Europe. Perhaps the most scandalous use of the SOE’s psychological weapon involved lining condoms with the powder and distributing them to German soldiers in Norway.

America’s Office of Strategic Services (OSS), the predecessor to America’s Central Intelligence Agency (CIA), developed an edible explosive powder during the war that they dubbed “Aunt Jemima” after the popular pancake mix.

The combination of 75% RDX, an experimental explosive created by the Allies, and 25% wheat flour could be used to make combustible bread and other baked goods, Ian Dear said in “Sabotage and Subversion: The SOE and OSS at War.” Raw dough could also be molded into shapes and used as an explosive.

Scientists ensured that the product was edible to help agents smuggle the explosive into enemy territory. War History Online reports that some 15 tons of the fake baking mix was used by the Chinese resistance fighting against occupying Japanese forces.

SOE agents mixed silicon carbide powder with oil to jam the parts of machines and vehicles in German-controlled areas. According to Stephen Twigge’s “The Spy Toolkit,” many trains were derailed by operatives using this gummy concoction.

“The carborundum was used in powder form or ready-mixed with grease. It had the advantage of not appearing to be a sabotage weapon and so was unlikely to arouse suspicion even in close proximity to targets – locomotive yards, factories, workshops, and garages,” wrote Mark Seaman wrote in his 2018 book, “Undercover Agent,” on the experiences of a British agent during the war.

German researcher Dr. Irwin Gemmer developed one of the first powder coating processes to adapt to shortages of solvents used in traditional paints. A plastic powder was suspended in a cloud with air turbulence and then melted onto heated metal parts to form a fully encapsulated finish, James A. Brown explains in “Modern Manufacturing Processes.” The engineer’s wartime work was later developed into the modern fluidized bed coating process.

It is unclear if Dr. Gemmer’s powder coating work went beyond the development stage in World War II. During the 1950s, he participated in research on flame spraying processes and materials for powder coating, according to “Processing and Finishing of Polymeric Materials.” Patents were filed for his inventions in Germany and the United States.

The conflict presented the US military with a big problem: Fresh food is heavy and bulky to transport to troops across the seas. To reduce the volume and weight of food and beverages, the American food scientists utilized dehydration technology, spawning some innovative products that are still with us today.

Anastacia Marx de Salcedo, author of “Combat Ready Kitchen: How the US Military Shapes the Way You Eat,” told Powder & Bulk Solids about how dehydrated cheese powder like the kind found in blue boxes of Kraft Mac and Cheese today was invented out of necessity as the conflict raged by a USDA researcher in a recent episode of the Particulate Matters podcast.

A US government document details that egg powder was produced with a spray drying process and then pressed into blocks for shipping. The report notes that “the method accomplished a 50% reduction in bulk without impairment of the use or quality of the egg powder.”

Cheese powder has since become one of the world’s most beloved food ingredients. Powdered eggs, on the other hand, are not a household staple in the 21st century, but still have their place in emergency food rations. 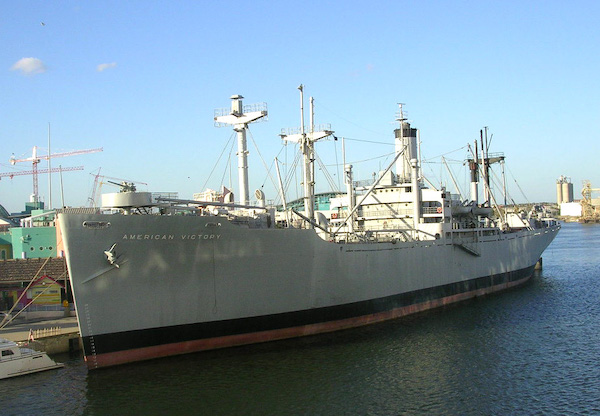 American 'Victory Ships,' like this one pictured here, transported food and other supplies to European and Asian theaters of operations.

These are just a few of the innovative powders that played a major role during World War II. Sulfonamide (sulfa) antibacterial powder is credited with preventing the deaths of thousands of soldiers over the course of the conflict. DDT pesticide powder was issued to US troops to prevent malaria and other diseases from insects in tropical battle zones. Foot powder helped millions of soliders keep the insides of their their boots dry.

It is just another example of the versatility and omnipresence of powders and bulk solids throughout all aspects of life - good and bad.

MilliporeSigma to Expand Drug Testing Capabilities in US
Nov 16, 2022