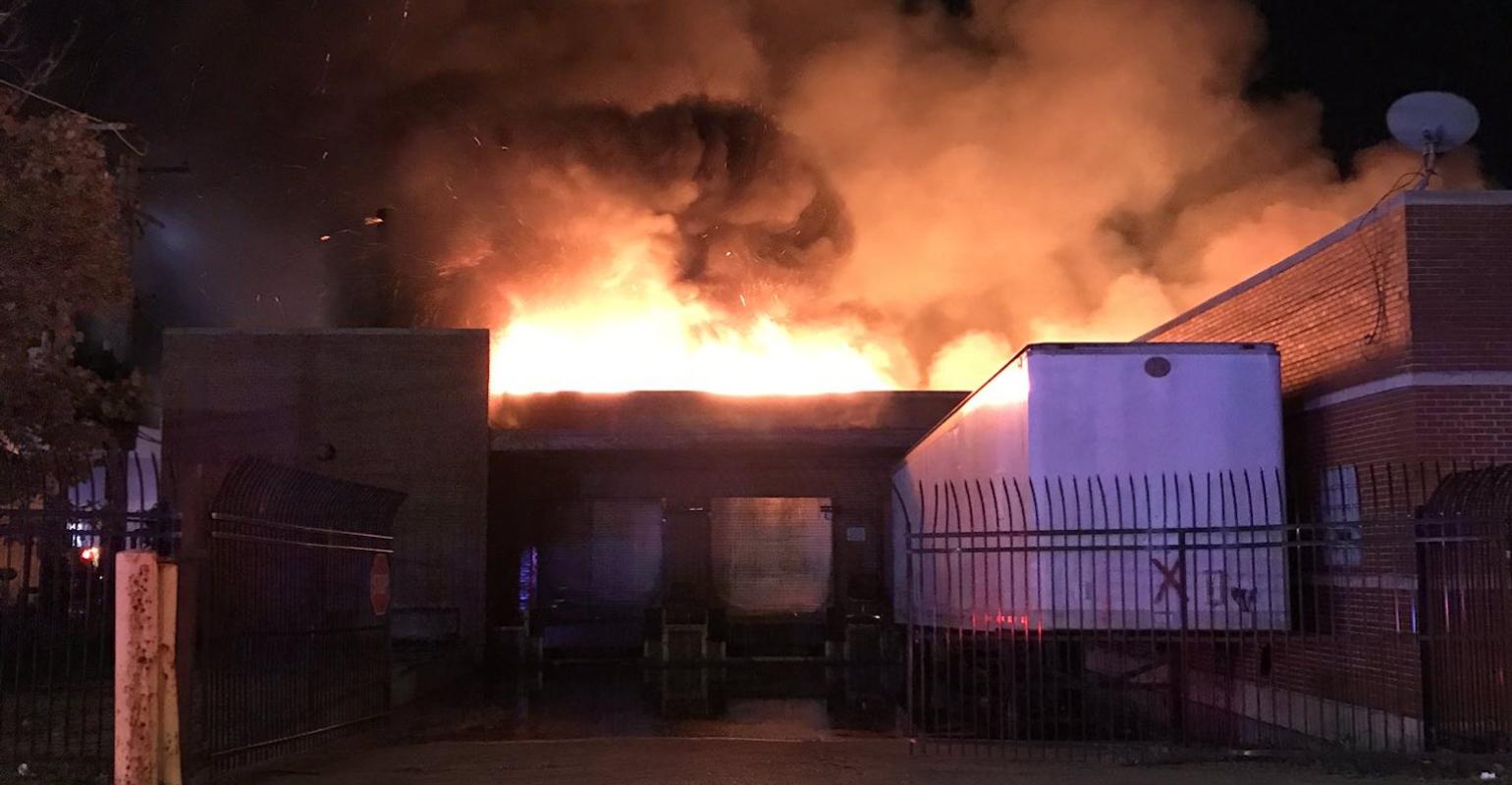 The roof of the Imperial Zinc facility collapsed during a fire in the early hours of Sunday morning.

Firefighters were called to a massive blaze in the early hours of Sunday morning at the Imperial Zinc Corporation processing plant in Chicago, IL that left the facility with significant damages, several local news organizations reported.

Chicago Fire Department responded to the East 103rd Street scene at about 12:33 am and called for HAZMAT teams after arrival due to the presence of chemicals in the facility, coverage by ABC News affiliate WLS said.

Chicago Fire tweeted at 1:11 am that the facility’s roof collapsed during the incident. An account by CBS Chicago said the roof fell down as a result of the flames and explosions.

Imperial Zinc is a manufacturer of zinc alloys and zinc anodes and processes scrap to recover zinc, according to information on the company’s website. The 100,000 sq-ft facility in Chicago is capable of producing more than 75,000 tn/yr of zinc products.