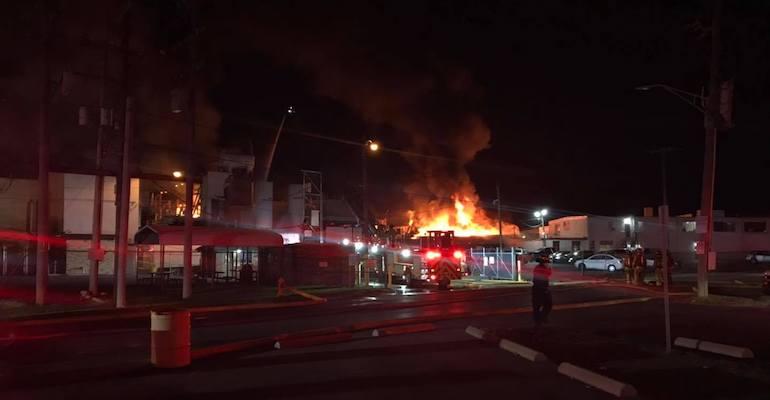 The US Chemical Safety Board (CSB) confirmed a number of details of the fire and explosion at the Columbus, OH facility.

The US Chemical Safety and Hazard Identification Board (CSB) confirmed details of a fatal fire and explosion that occurred last Thursday at the Yenkin-Majestic Paints and OPC Polymers Corp. plant in Columbus, OH in an update issued Friday.

A fire and explosion happened in site’s OPC Polymers unit at 12:30 a.m., resulting in one death, five hospitalizations, and four non-serious injuries, according to the agency. 21 workers were reportedly inside the facility at the time of the incident. The OPC Polymer unit was carrying out normal operations when the explosion happened.

One building in Yenkin-Majestic’s OPC Polymers unit collapsed following the event. CSB said the explosion and fire caused over $1 million in damage to the firm’s property.

A number of materials are stored in the facility, including maleic anhydride, phthalic anhydride, xylene, and mineral spirits. As of Friday, the company had not yet provided the quantities of the materials at the site during the event.

CSB noted that the Columbus facility is covered by the Occupational Safety and Health Administration’s (OSHA) Process Safety Management (PSM) regulation because of flammable liquids stored there.

The agency is scheduling interviews with the facility’s employees and management and coordinating its work with OSHA.