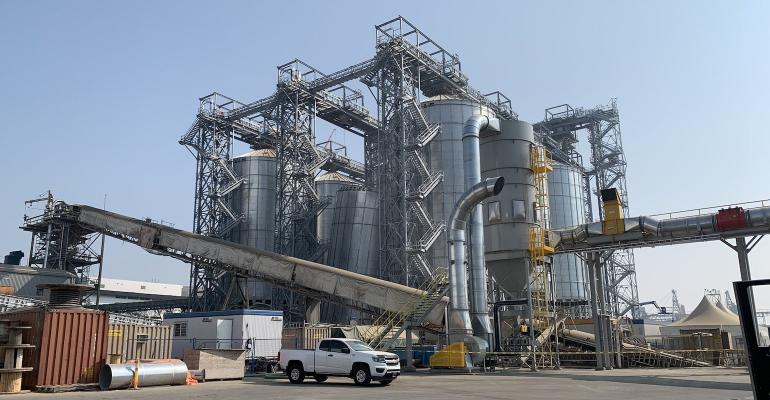 Employees were forced to evacuate the North Vancouver facility after the container gave way.

A silo fell down during an incident last Friday at the Fibreco Export Inc. wood pellet export terminal in North Vancouver, BC, according to local news reports.

Fire personnel were called to the site after the collapse occurred at about 2:30 pm. The bottom of the 12-story silo may have buckled before the incident, an account by North Shore News said.

No injuries were logged during the response, a BC Emergency Health Services spokesperson told CBC. Workers evacuated the facility safely following the collapse.

Officials said in a Global News report that the container was holding lentils when it gave way.

The cause of the collapse is unknown.