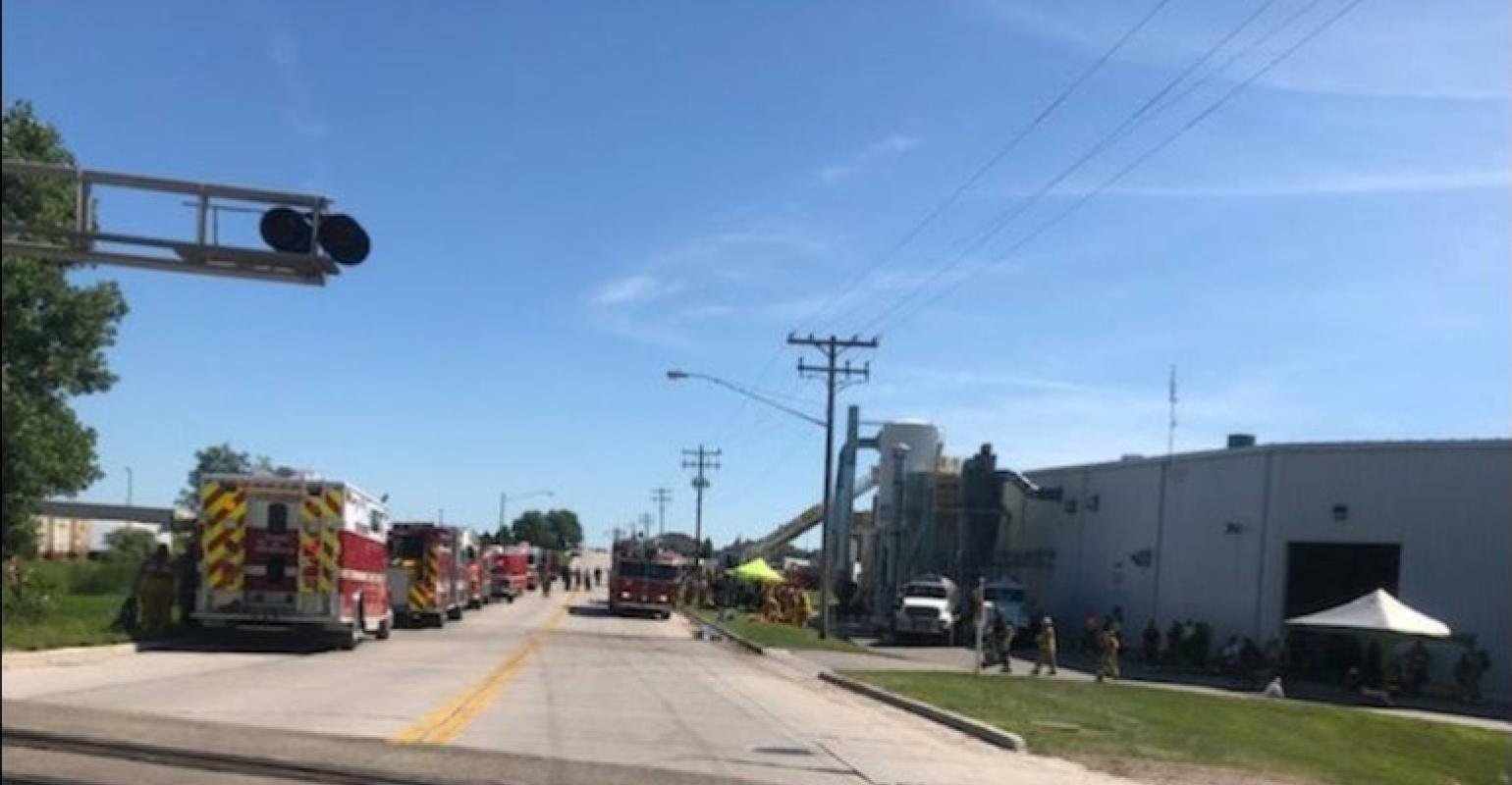 A process equipment fire at the Kaytee Products plant on Thursday caused an estimated $75,000 in damage.

Two firefighters were hurt while responding to a blaze at the Kaytee Products plant in Chilton, WI on Thursday afternoon that involved machinery in the facility.

Called to the Clay Street facility at 1:30 pm, crews observed heavy smoke and flames in process equipment, the Chilton Fire Department said in a Facebook post. A sprinkler system was able to prevent the flames from spreading.

“The fire proved to be labor intensive due to the manufacturing process and extension to the equipment involved,” the fire department said. “Two firefighters were treated for injuries. One with an ankle injury, and one with heat exhaustion.”

Crews cleared the scene by 5:15 pm. The fire caused an estimated $75,000 in damage, according to Chilton Fire.