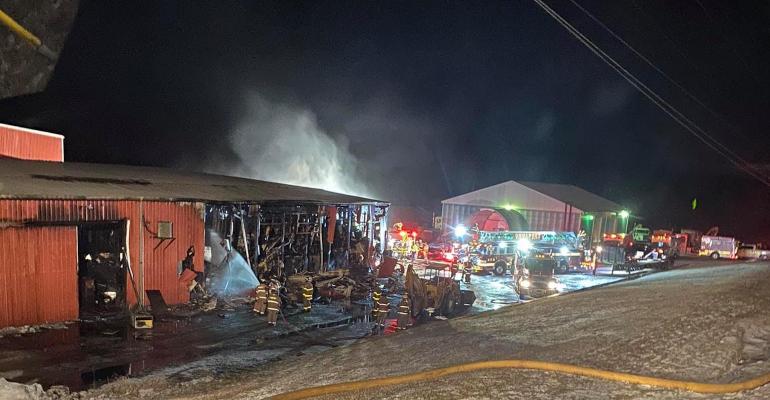 Fire crews worked for several hours to limit the spread of the flames in the Eagle Concrete plant.

After arriving on scene at about 11:20 p.m., firefighters observed flames coming from the steel structure and commenced an “aggressive” attack on the fire, a fire official told the Johnstown Tribune-Democrat. The building was heavily damaged during the incident.

Office space, a lab, the plant’s lunchroom, and a locker room were damaged during the incident, a co-owner of Eagle Concrete, Bruce Hottle, said in coverage by the Somerset Daily American. Officials believe the blaze started near the locker room.

A firefighter received treatment at an area hospital for exhaustion. The Pennsylvania State Police Fire Marshall has opened an investigation into the cause of the fire. Crews cleared the scene around 7 a.m.