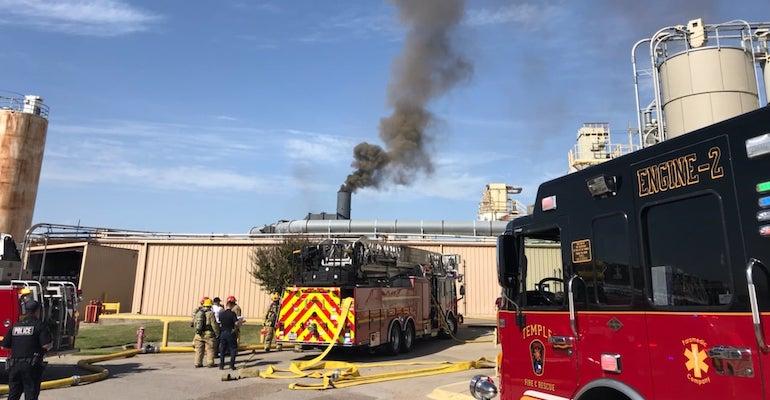 The blaze involved a piece of equipment used to handle exhaust from production processes in the facility.

A fire broke out in a piece of equipment inside of the Pactiv food packaging manufacturing plant in Temple, TX on Tuesday, prompting a response from local firefighters.

Crews were sent to the Pegasus Drive facility at 3:05 p.m. and arrived at the scene to find heavy smoke in an exhaust tower, according to Temple Fire & Rescue.

“Upon further investigation, it was found that the fire was contained to a piece of equipment that handles part of the exhaust from the production process,” the fire department said in a post on its Facebook page. “All workers in the immediate area were evacuated, and no injuries have been reported at this time.”

Pactiv is a manufacturer of food packaging products, including containers, wraps, cups and straws, and disposable tableware.