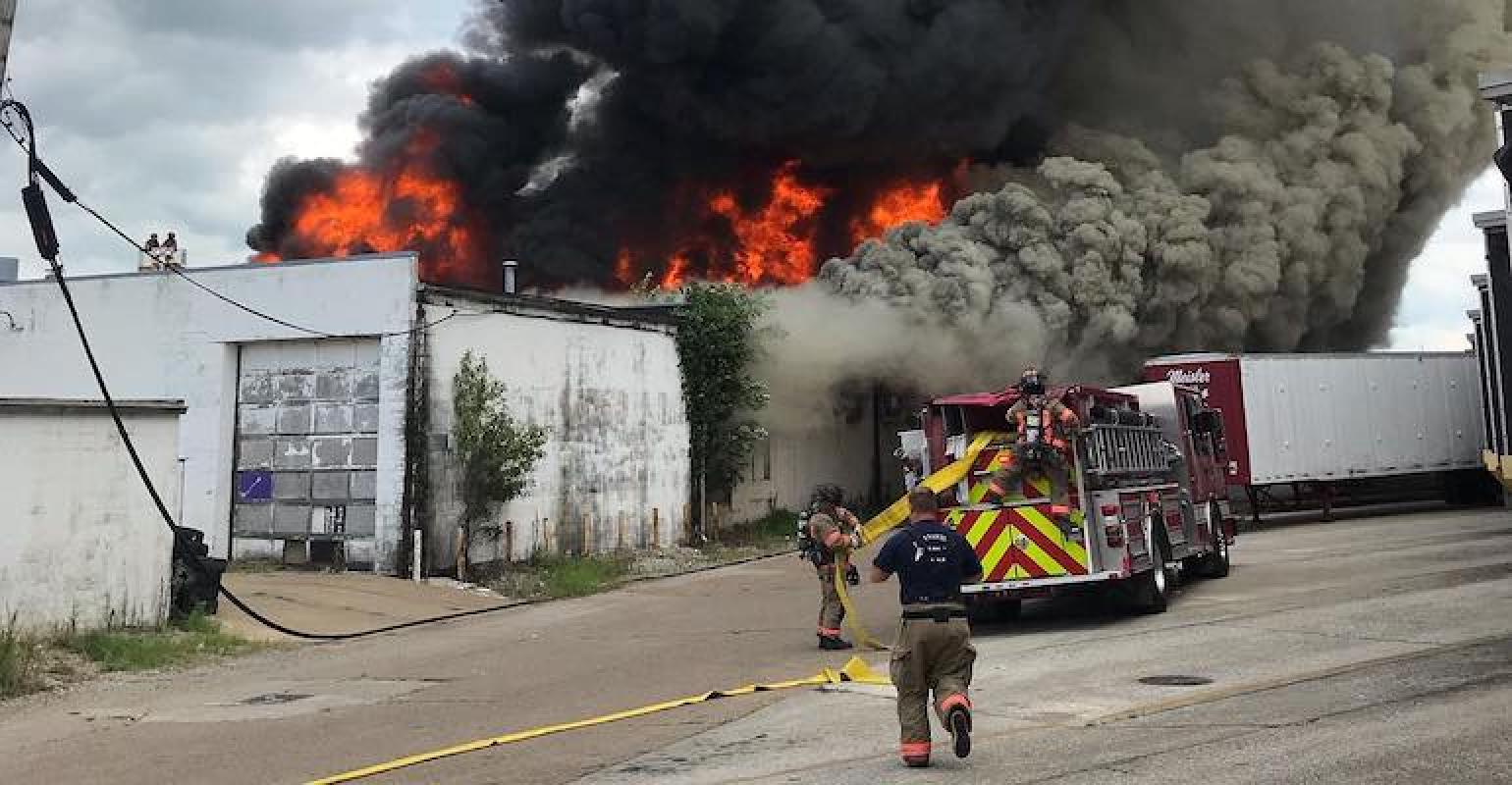 The roof of a plastics plant in Indiana collapsed during an intense fire this week that left the structure with significant damage.

A massive fire broke out in the Green Tree Plastics plant in Evansville, IN on Tuesday afternoon, causing heavy structural damage to the facility.

The blaze ignited inside the East Virginia Street plant at about 1 pm. Evansville Fire Department Deputy Chief Mike Larson told the Evansville Courier & Press that plastic regrind may have fueled the fire.

“I spoke to the manager. He said it was actually an exhaust fan in the back [inaudible] where they suspect it started from,” Larson said in an interview taped by the newspaper.

All workers made it out of the building safely, the company said in a Facebook post. News station WEVV said 10 workers were in the plant when the fire broke out.

Crews also evacuated the building before its front wall and roof fell down, according to coverage by WHET. The company’s owner told the broadcaster that an office building connected to the plant may have been unimpacted.