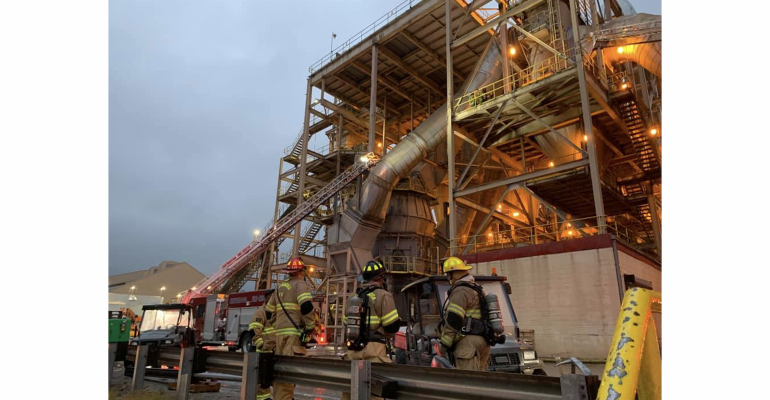 Crews were called to the cement plant in Chattanooga, TN on Thursday morning to knock down the fire.

Firefighters were sent to the Buzzi Unicem USA cement plant in Chattanooga, TN Thursday morning after a blaze ignited at the facility.

“Around 6:45 a.m. Thursday, staff members at Buzzi Unicem USA’s Signal Mountain plant noticed smoke coming from a machine that grinds up rock,” the Chattanooga Fire Department wrote in a Facebook post. “Hydraulic oil caught fire and the workers put it out several times, but it kept reigniting, so they alerted the CFD.”

After crews arrived at the scene, a second alarm was issued for additional firefighters and resources. CFD said a “slight fire” was observed between metal paneling and the grinding equipment during the response.

“The plant’s staff got a majority of it knocked down with fire extinguishers but there was still some trapped in insulation so firefighters overhauled the area to make sure everything was fully extinguished,” the fire department wrote.

Operations were expected to resume at the site several hours after the flames were put out, CFD stated.

No injuries were reported during the fire.