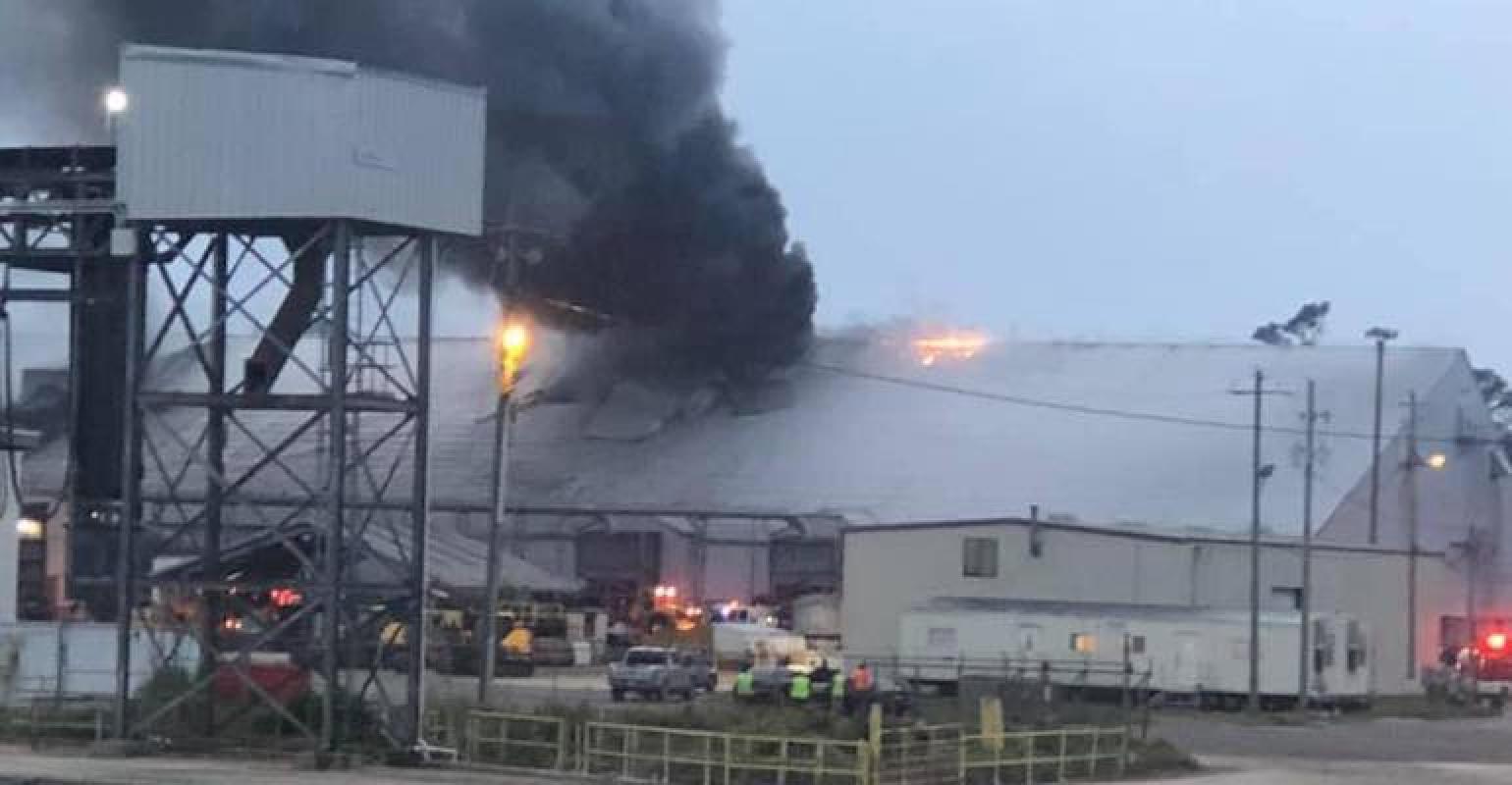 Over 100 first responders were called to the scene of the blast and fire at the Logistec warehouse Sunday evening.

A large blaze ignited Sunday evening after a dust explosion occurred at a warehouse operated by biofuel firm Logistec at Mayor’s Point in the Port of Brunswick in Brunswick, GA, according to local emergency response officials and news organizations.

Brunswick Fire Department told Action News Jax that the fire was caused by a dust explosion and that the center of the structure fell down during the incident.

More than 100 firefighters and other emergency personnel took part in the response, Glynn County EMA and Homeland Security said in a Facebook post. No injuries were reported.

Logistec is a provider of marine services, environmental services, water purification and decontamination technology, and other solutions, information on its website states. The firm is based in Montreal, QC.