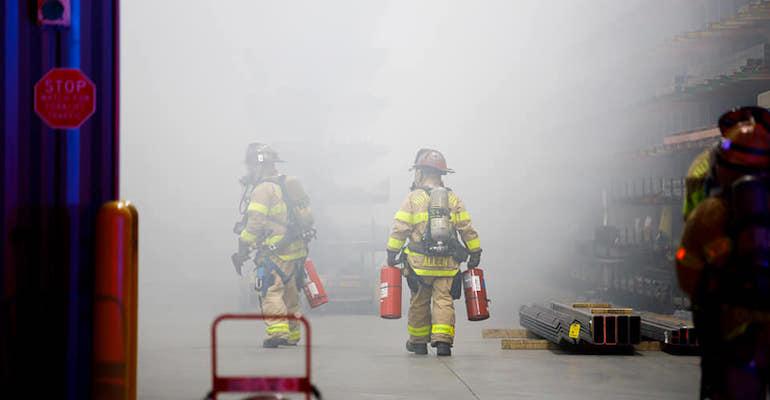 Firefighters responded to the Kuhn Krause facility in Hutchinson, KS Thursday night after a fire ignited in a dust collection system and another machine, the Hutchinson Fire Department said in a release.

Called to the site around 8:50 p.m., emergency personnel arrived on scene to find flames in a laser CNC machine with an 80-cu-ft dust collector.

“Crews utilized multiple dry chemical fire extinguishers to hold the fire in check while power to the building was secured and turned off,” the fire department wrote. “All employees were evacuated from the building safely. The machine was isolated from the rest of the building electrical power system and ventilated due to the amount of smoke inside the building.”

Kuhn Krause is a manufacturer of agricultural machinery, including plows, tillage tools, fertilizer spreaders, and shredders.