Image courtesy of US Chemical Safety Board 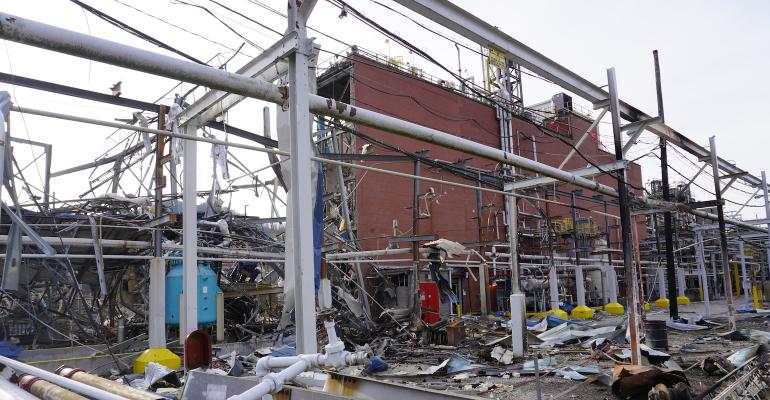 The US Chemical Safety and Hazard Identification Board (CSB) offered new details this week on its investigation of an explosion at Optima Belle chemical plant in Belle, WV last December.

A blast occurred in an industrial dryer unit at the facility on December 8, 2020 as a process was underway to remove water from chlorinated dry bleach. The work being performed at the time of the incident was a trial batch process for the Clearon Corporation.

One worker was killed. Projectiles from the blast ended up on a highway near the facility. A resident was also injured by a projectile.

The CSB said it is working with Optima Belle to sample and test the chlorinated dry bleach powder that was involved in the explosion.

“Dark specks were observed in the chlorinated dry bleach powder shortly before the incident, causing the powder samples to fail visual inspection multiple times before the incident,” the agency wrote in the update. “The CSB is working to determine the source of these dry specks and their composition.”

Investigators are working to ascertain the cause or probable cause of the blast and create a written report containing the facts, conditions, and circumstances that were related to the event.

During the response to the incident, officials issued a two-mile shelter in place order and some area schools closed, Powder & Bulk Solids reported at the time of the blast. The Optima Belle facility is located at a Chemours chemical site in Belle.