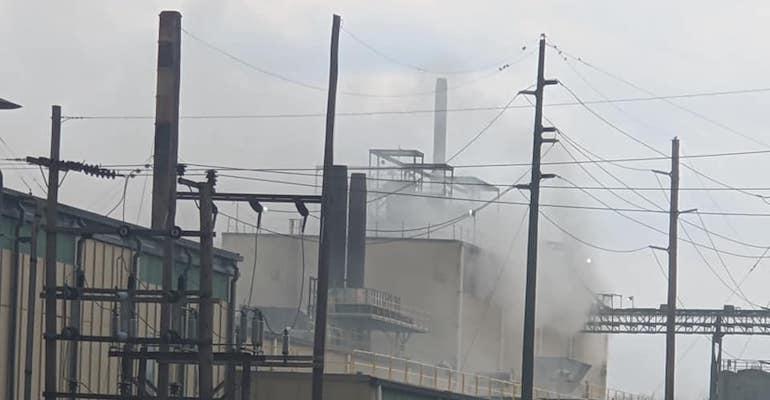 Several fire departments were called to the facility in Winslow Township after the fire started in a warehouse.

Crews from multiple area fire departments were sent to the Johns Manville plant in Winslow Township, NJ Wednesday morning after a fire ignited in a warehouse at the site.

The fire was reported at the North Grove Street facility about 5:30 a.m., according to a Philadelphia-based CBS News affiliate.

Camden County IAFF Local 3249, a local union chapter representing emergency personnel that responded to the blaze, posted on Facebook at 6:23 a.m. that that the area where the fire was located “does not have fire hydrant service,” and that a Tender Task Force was brought in to supply water.

“Fire departments from all over Camden County and South Jersey are on location,” Berlin Fire Company No. 1 said in a social media post around 7 a.m.

The union later posted that the fire was upgraded to six alarms during the incident. Berlin Fire Company No. 1 wrote on Facebook that crews “will be working well into the night” at the facility.

No injuries have been reported during the response.