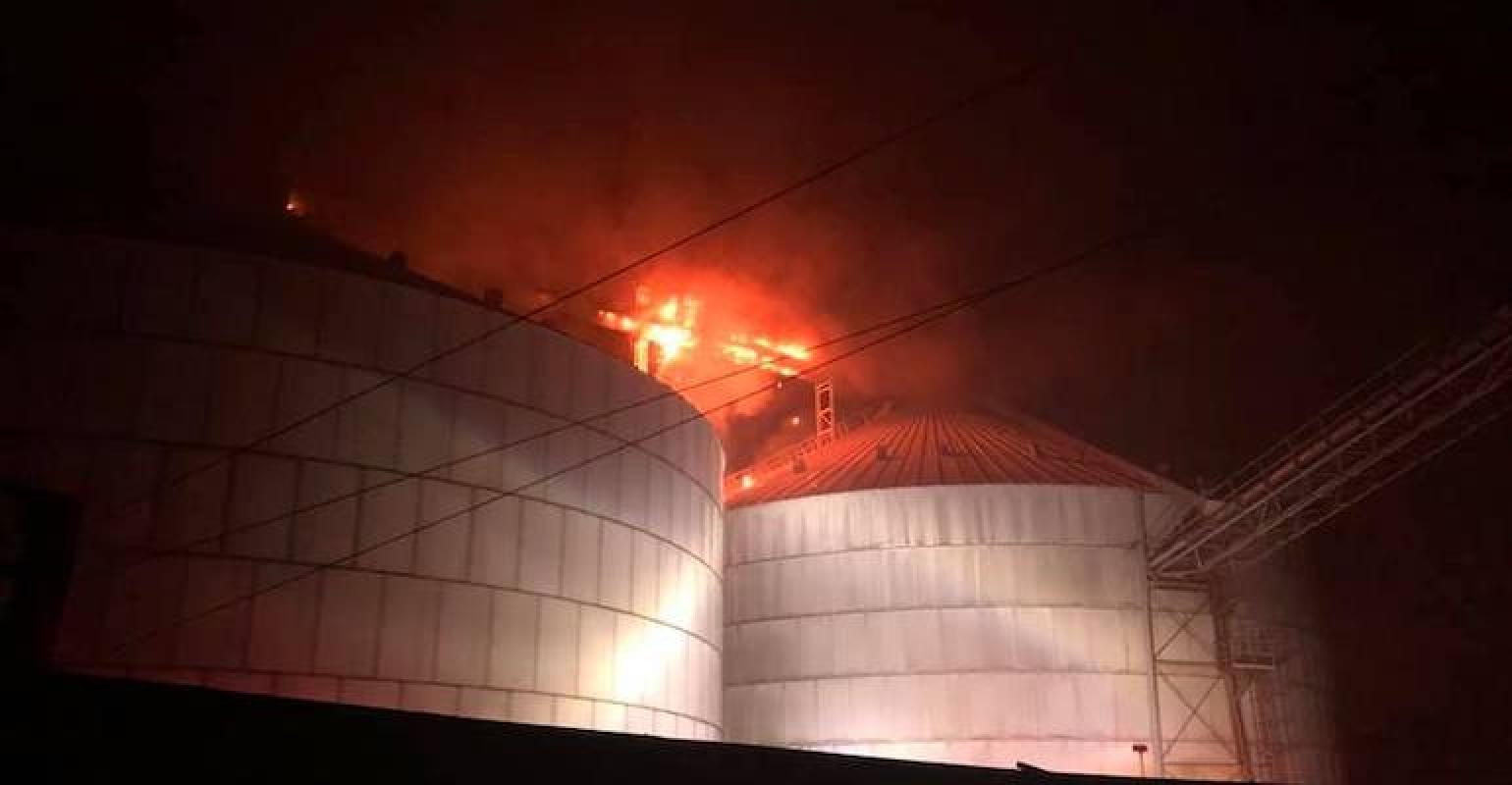 Image courtesy of Kentland-Jefferson TWP. Fire Department on Facebook
Officials said a hot bearing likely started the fire at the Co-Alliance Grain Elevator near Goodland, IN.

Firefighters from several area departments were called to the Co-Alliance grain elevator near Goodland, IN on Sunday evening after a blaze ignited in two of the site’s conveyor belts, according to a report by the Newton County Enterprise.

Officials told the newspaper that crews were dispatched at about 7:30 pm and discovered two burning conveyor belts and flames inside a corn bin at the facility upon arrival. Goodland Fire Chief Jeff Miller said the blaze likely was caused by a hot bearing in a conveyor.

While the fire personnel were on scene for two and a half hours on Sunday, crews had to return to the site on Monday because flames reignited inside the corn bin, the Enterprise said.