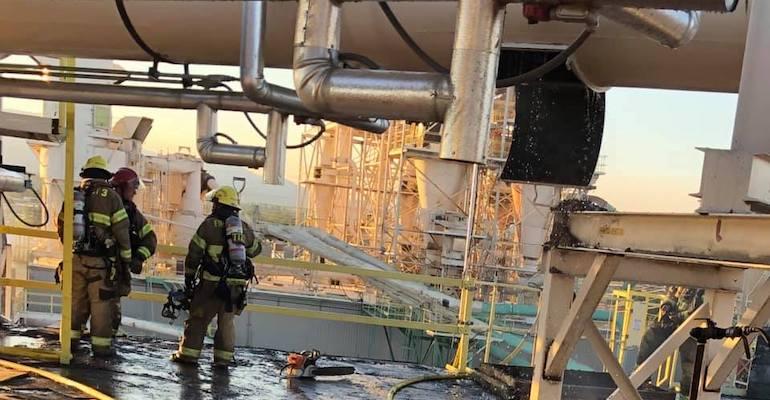 35 firefighters worked for several hours to douse a blaze that ignited in a wood products plant in Oregon this week.

Firefighters were called to the Roseburg Forest Products plant in Medford, OR on Tuesday morning after a two-alarm fire ignited in the facility, several local news organizations reported.

Personnel from the Medford Fire Department were dispatched to the scene at about 4:50 am and arrived to find flames in a section of the facility that held raw materials, Medford Fire Deputy Chief of Operations Bryan Baumgartner told the Medford Mail-Tribune.

The fire involved material that is pressed to produce fiberboard, the deputy chief said in a separate report by KTVL. “There was extension heading towards their finished product section of the line, but we were able to keep it in check,” Baumgartner said in an interview with the news broadcaster. “Then had an extension to the press area structure, which is very difficult to access.”

Crews managed to extinguish the fire by about 9:20 am, the Mail-Tribune said.

An investigation has been opened into the cause of the incident.

Roseburg Forest Products is a manufacturer and marketer of wood products, including engineered wood, lumber, plywood, composite and hardwood panels, and wood pellets. The Medford facility primarily produces medium density fiberboard, according to information on the company’s website.