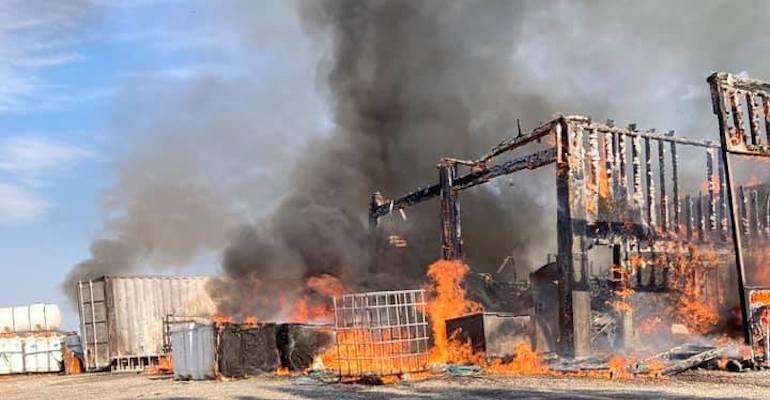 A hemp facility in rural Colorado was destroyed in a fire Tuesday.

Firefighters and a HAZMAT team responded to a blaze at a hemp facility in rural Colorado on Tuesday morning that involved hazardous chemicals, a local newspaper reported this week. Two people were hurt during the incident.

Crews were on scene for several hours before the fire was knocked down around 12:30 pm, according to the newspaper. Two people received minor burn injuries.

Chief Cavaliere said in the report that he owner of the facility plans to hire environmental hazardous materials cleanup service.