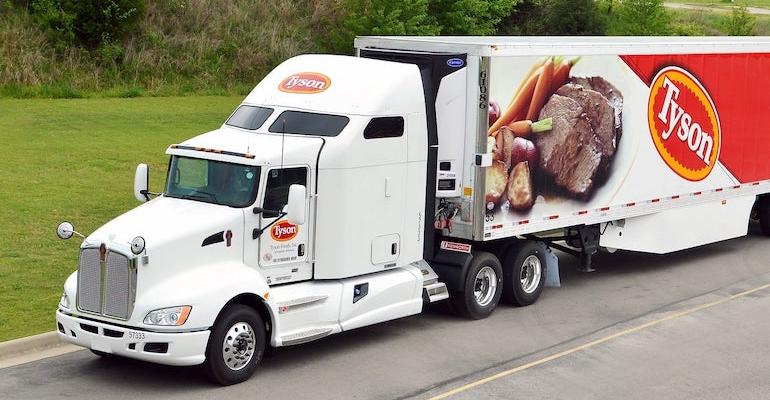 The protein firm said it plans to slash its GHG emissions across its global footprint by 2050.

American protein firm Tyson Foods recently announced plans to cut its greenhouse gas (GHG) emissions across its global operations by 2050 as part of the company’s broader efforts to counter the impacts of climate change.

“As the first US-based protein company in the food and beverage sector to have an emissions reduction target approved by the Science Based Targets Initiative, we hope to continue to push the industry as a leader and remain committed to making a positive impact on our planet, with our team members, consumers and customers, and in the communities we serve,” John R. Tyson, the firm’s chief sustainability officer, said in a release.

The new initiative expands Tyson’s earlier target of hitting a 30% reduction in GHG emissions by 2030. To reach in its goal, the company is updating its baseline for emissions to limit global temperature rise to 1.5°C by the end of 2023, based on the Paris Climate Agreement. It will also work toward using 50% renewable energy in its domestic operations by 2030, as well as support climate action policies through advocacy organizations like Net Zero Business Alliance.

During the effort, Tyson also aims to further its work to eliminate deforestation across its supply chain by 2030 and expand its 5 Million Acre Grazing Lands target for sustainable beef production by 2025. The company will also complete work to increase the land stewardship of acres used to grow crops for animal feed.

“We believe what good food can do for people and the planet is powerful. Our net zero ambition is another important step in our work toward realizing our aspiration to become the most transparent and sustainable food company in the world,” said Donnie King, the president and CEO of Tyson Foods, in a statement. “Partnership and collaboration will be critical to our efforts, and we look forward to working with our customers, supply chain partners, and other stakeholders to achieve net zero.”