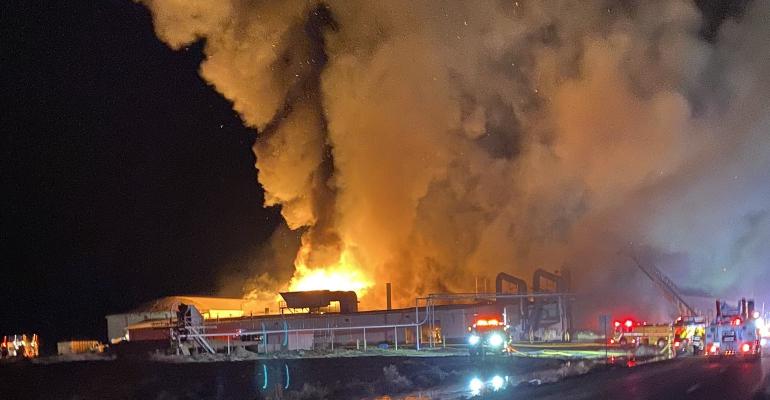 Officials said in reports that the blaze ignited in a dehydrator and spread throughout the facility.

The Washington Potato Company plant in Warden, WA is a total loss after a large fire broke out in a piece of equipment on Thursday evening and flames spread throughout the facility, according to local news reports and emergency response agencies.

The blaze ignited in a dehydrator at about 5:30 p.m., an official with the Grant County Sheriff’s Office told television news station KOMO. Several area fire departments responded to the scene and ordered about a third of the town to evacuate as crews worked to prevent flames from reaching a storage tank holding 5,500 gal of ammonia.

Evacuated residents were allowed to go back to their dwellings on Friday morning after the fire was deemed under control, the sheriff’s office said in a social media post. No one was hurt during the incident.

Grant County Sheriff’s Office spokesperson Kyle Forman said in an interview with CBS News affiliate KREM that the structure is a total loss.