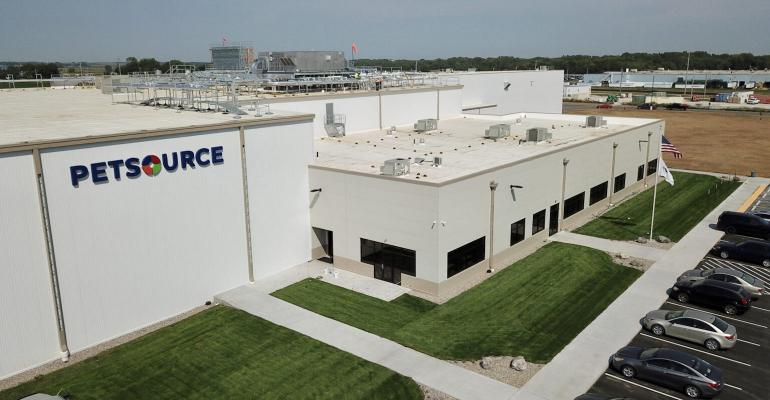 The company is launching a $75 million expansion project at its Seward, NE facility to meet rising demand for freeze-dried pet food.

American agribusiness The Scoular Co. announced Tuesday that its independent pet food ingredient solutions subsidiary Petsource plans to launch a $75 million expansion project at its Seward, NE plant to triple the facility’s capacity. The company said the effort will help it to meet rising demand for freeze-dried pet foods.

70,000 sq ft will be added to the plant’s existing 105,000-sq-ft footprint. The facility first commenced full operations in November 2020 and currently employs about 100 people. About 80 new jobs will be created through the latest investment in the site.

“The Petsource facility in Seward has been a big success,” Nebraska Gov. Pete Ricketts said in a company release. “Only a year after opening, it’s already planning a major increase in capacity. This expansion will create more jobs as well as opportunities for Nebraska farmers and ranchers to supply chicken and beef to source the facility.”

Scoular said the expansion of the Nebraska location is part of its strategy to commit over $200 million to planned capital investments over the next few years to support the pet food industry.

“This is a very dynamic time for our company and for our industry. We are excited about the opportunity to triple Petsource’s capacity to support our valuable customers,” Scoular Chief Executive Officer Paul Maass said in a statement. “I’m confident that the talented team at Petsource will continue as a trusted partner for customers in the freeze-dried pet food industry, enabling their continued growth.”

The expansion project is slated to reach completion in early 2023.