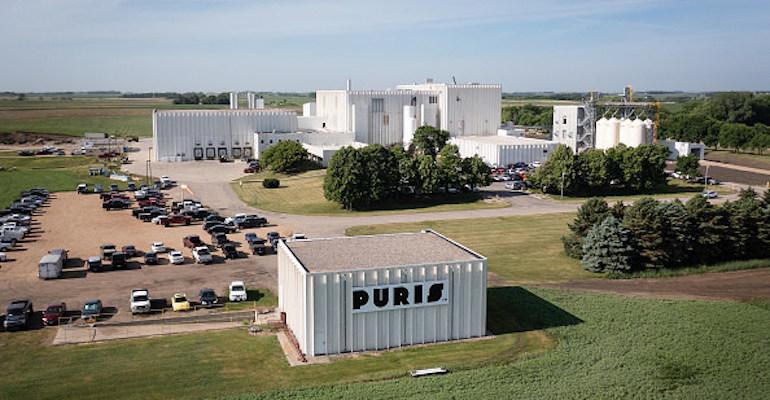 The facility will be operated by PURIS Proteins, a joint venture between the company and agribusiness Cargill. A former dairy plant was converted into a pea protein production site. With the completion of the retrofits, PURIS said it is now the only vertically-integrated, multi-plant pea protein production model in the country.

“This is more than a pea protein processing plant. We’re shaping the future of food,” Tyler Lorenzen, the CEO of PURIS Proteins, said in a company release. “The model we’ve built puts sustainable partnerships in reach of brands of all sizes. There’s impact at every level – it supports the local economy here in Dawson, introduces peas as a renewable stream for farmers, makes more plant-based foods available to consumers, and ultimately brings us one step closer to a sustainable food system.”

Cargill committed over $100 million to the construction of the new, 200,000-sq-ft processing site. PURIS initiated the project in response to rising demand for plant-based food products. Bloomberg Intelligence posited this August that the global market for plant-based foods could grow to $162 billion by 2030.

Plans to open the Dawson plant were first announced in August 2019, Powder & Bulk Solids reported. The agribusiness initially planned to invest $75 million in the facility.