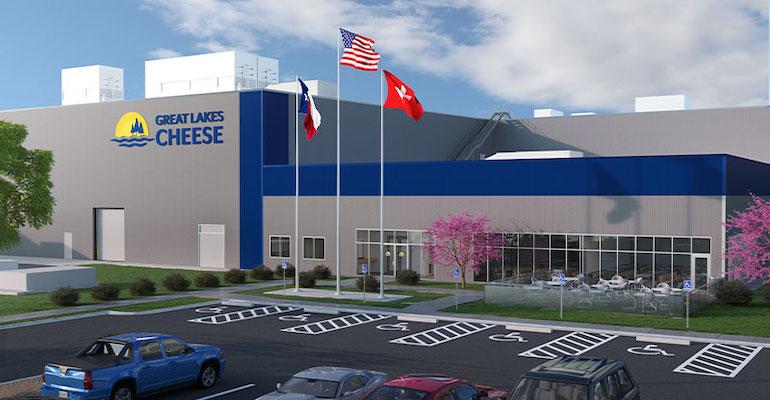 Ohio-based cheese manufacturer and packager Great Lakes Cheese held a groundbreaking event on May 12 to mark the start of construction on new $184 million facility Abilene, TX.

“We look forward to the positive impact this new site will have on the strength of our network and ability to serve our customers,” the company wrote in a post on its Facebook page. “We would like to thank Abilene for their incredible welcome into their community.”

Plans for the project were first announced by Texas Gov. Greg Abbott in April, which is expected to generate over 500 new jobs. Great Lakes Cheese received a $3 million grant through the Texas Enterprise Fund (TEF) to support the effort.

The new 286,000-sq-ft facility will house packaging and warehousing space, according to the company.