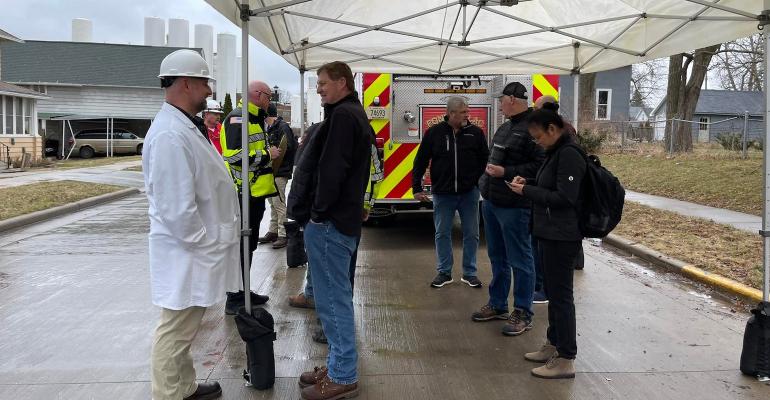 A yellow cloud of chlorine gas was formed after chemicals were mixed in the Milk Specialties plant in Wisconsin.

Hazardous materials crews worked for about five hours Thursday to contain a gas leak at the Milk Specialties Global production facility in Fond Du Lac, WI. Emergency personnel were called to the Hickory Street site when a plume of yellow chlorine gas was released after chemicals were mixed.

Workers safely exited the factory during the incident. Officials later ordered mandatory evacuations for an area bordering the plant.

“Thankfully there were no injuries reported as a result of today’s leak,” Fond Du Lac Fire/Rescue said in a post to its Facebook page. “We understand today’s event disrupted many people’s daily routines and [halted] railway traffic for several hours. Safety always has to outweigh the inconveniences these types of event[s] place on us all.”

The fire department is launching an investigation into the cause of the leak. Trains were delayed from Wisconsin to New Orleans due to the incident, WeAreGreenBay.com reported.