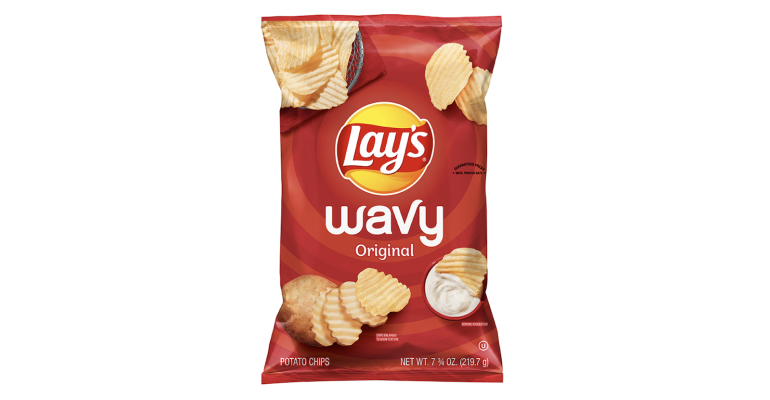 A limited number of Wavy Lay’s Original Potato Chips products were recalled because they may contain undeclared milk ingredients.

Snack manufacturer Frito-Lay announced a voluntary recall of 31 bags of 7 ¾ oz Wavy Lay’s Original Potato Chips Thursday due to the possible presence of undeclared milk ingredients in the products. A consumer altered the PepsiCo subsidiary to the issue, prompting the recall, the company said in a release posted to the US Food and Drug Administration’s (FDA) website.

Consumption of the impacted products by those with an allergy or sensitivity milk could cause a serious or life-threating reaction. No allergic reactions have been linked to the chips, according to Frito-Lay. Those with milk allergies or sensitivity are urged to throw the recalled packs away.

Impacted goods were distributed to certain retailers in North Carolina, South Carolina, and Virginia. The first deliveries occurred on July 23.

No other Lay’s products are being recalled.

The FDA sent a warning letter to Frito-Lay on Nov. 24, 2020 calling out the company for violations that were discovered during inspections of two of the company’s production plants this September. The inspections were carried out after several lots of potato chips were recalled for undeclared milk allergen.