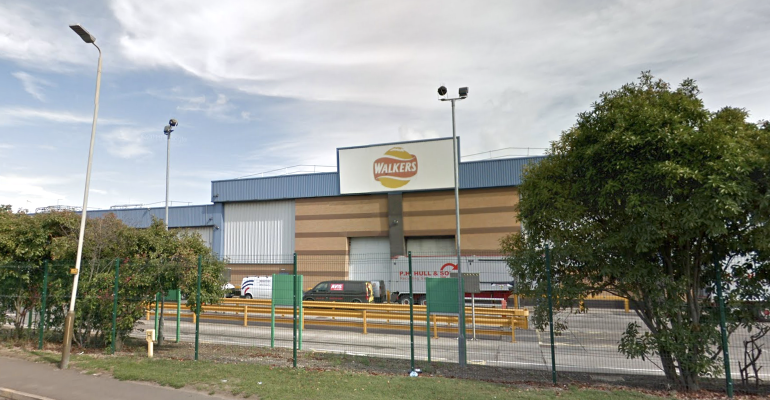 A view of the Walker Crisps plant in Leicester, UK.
A blaze ignited in a processing area of the potato chip production plant on Tuesday morning.

A fire broke out in the Walkers Crisps plant in Leicester, UK on Tuesday morning that forced workers to evacuate the site, according to a report in the Leicester Mercury.

Firefighters were dispatched to the Leycroft Road location at about 6:30 a.m. Upon arrival, crews determined that an accidental fire had started in a processing area, the newspaper said.

The company described the fire as a “minor incident on one of our production lines” in a statement to the Mercury. Production was resumed later that day.

No injuries were recorded during the incident.

Powder & Bulk Solids reported in April 2019 that an industrial burner caught on fire at the Walker Crisps factory in Leicester.