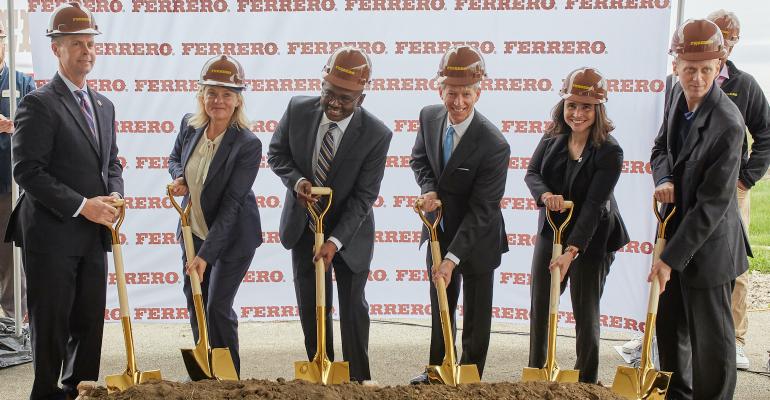 The $75 million facility in Bloomington, IL will be the company’s first chocolate processing location in North America.

Confectionery firm Ferrero North America started work this week on its first chocolate processing plant in North America. The company and government officials gathered for a ground breaking event Wednesday to mark the start of the $75 million project in Bloomington, IL.

During construction, Ferrero’s existing manufacturing facility in Bloomington will be expanded by 75,000 sq ft to produce chocolate for the Crunch, 100Grand, Raisinets, and other company brands sold in the region’s market.

“The ability to produce high quality chocolate here in North America is instrumental to building our important growth in this market, which is advancing Ferrero towards our goal of being a world leader in global confectionery,” Todd Siwak, president and chief business officer of Ferrero North America, said in a company release. “I am so happy that we are able to reach this important milestone in Illinois, the heart of America’s food and confections industry.”

About 50 new jobs will be created with the addition of the new plant. Ferrero expects the facility to open in Spring 2023.

The company revealed that Bloomington was selected as the location of the new plant in November, Powder & Bulk Solids reported. Initially Ferrero said the project would be completed by Spring 2021.