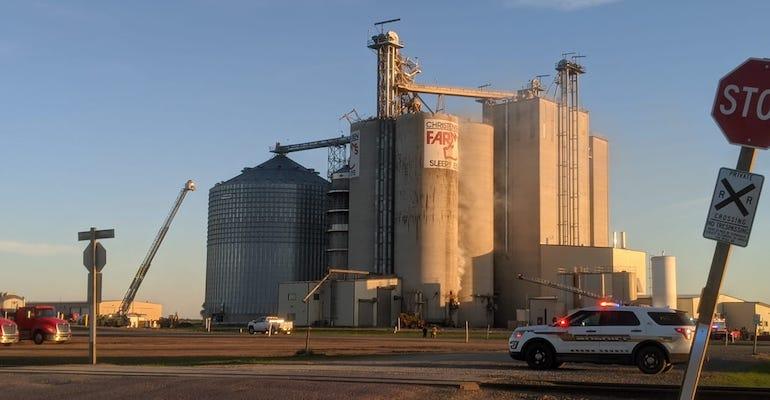 The blast reportedly blew the top off of a silo at the Christensen Family Farms facility in Sleepy Eye.

Firefighters were dispatched to the Country Road 10 site at 4:45 a.m. after receiving word of the blast, according to a Brown County Sheriff’s Office release published on Sleepyeyeonline.com. Personnel from five fire departments reported to the scene.

“Through a collaborative effort, all of Brown County came to the rescue to assist Christensen Farms this morning in an unfortunate incident,” the sheriff’s office said in a post to its Facebook page. “Every single fire department in Brown County as well as Sleepy Eye Police Department and Brown County Deputies were on scene. Luckily no one was hurt when what was originally reported as an ‘explosion’ that occurred around 4:45 a.m. this morning.”

Second Asst. Sleepy Eye Fire Chief Jeff Zinniel told the New Ulm Journal that the blast “blew the roof off” of a silo at the site and started a fire. The official said several other containers were damaged in the explosion.

An investigation has been opened into the incident.