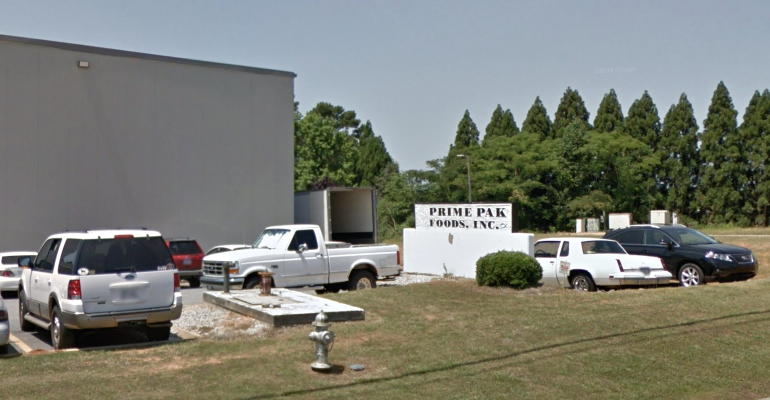 A view of the Prime Pak Foods plant in Gainesville, GA.
The statement includes new facts on the liquid nitrogen release at the Foundation Foods Group poultry plant.

Six people died and a number of others were injured in the incident at the Prime-Pak Foods processing plant. The latest statement released by the CSB includes “key facts” that the agency has uncovered during its investigation.

Officials determined that the release took place on Line 4 in Plant 4 at the site, which is used to season, cook, freeze and package chicken products. The CSB said it is focusing its investigation on a cryogenic freezing system.

“CSB has now confirmed that both the external and interior elements of this system were manufactured by Messer. This includes the supply tanks outside, and the interior cryogenic freezing equipment on Line 4,” the chairman’s statement said. “Prior to the recent installation of this system, a different type of freezing equipment was used, which was ammonia-based. This equipment is still collocated on Line 4 adjacent to the cryogenic system and has not yet been removed.”

Investigators noted that liquid nitrogen was first used in Plant 4 in 2020 and that some tools were found near an immersion freezer on Line 4.

“We have since learned that unplanned maintenance was being conducted on Line 4,” Lemos wrote.

CSB investigators were dispatched to the site on Thursday. The agency said it has conducted a number of interviews with key staff, collected evidence, and interacted with emergency response agencies since its personnel arrived on scene.

The chemical safety watchdog will provide further updates as its investigation progresses.