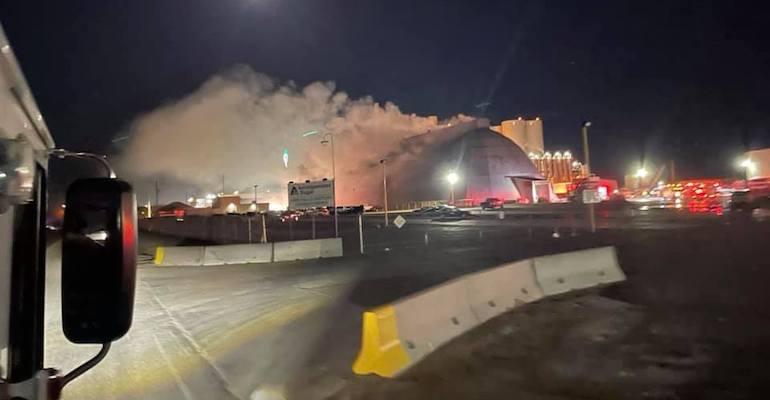 About 50 firefighters and EMS personnel were called to the Twin Falls, ID sugar processing plant after a blaze ignited in a storage structure.

Several area fire departments responded to a fire that broke out Saturday night at the Amalgamated Sugar plant in Twin Falls, ID. Crews worked into Sunday morning to douse the blaze.

The fire was called in at about 7:45 p.m., drawing about 50 fire and EMS personnel to the scene, officials told television news station KMVT. Upon arrival, crews saw a volume of smoke coming out of a building used to dry and store sugar beet pellets.

Most of the responding fire and EMS personnel cleared the scene by 8:30 a.m. Sunday.

“There is currently an excavator and two loaders from Amalgamated Sugar Factory working to remove all contents of the warehouse to help completely extinguish the fire,” Twin Falls Fire wrote in a Facebook post Sunday afternoon.

No injuries were recorded during the incident.

Amalgamated Sugar is America’s second biggest manufacturer of sugar from sugarbeets, according to its website. The company operates three sugar processing plants in Idaho and a brown sugar plant in Oregon.