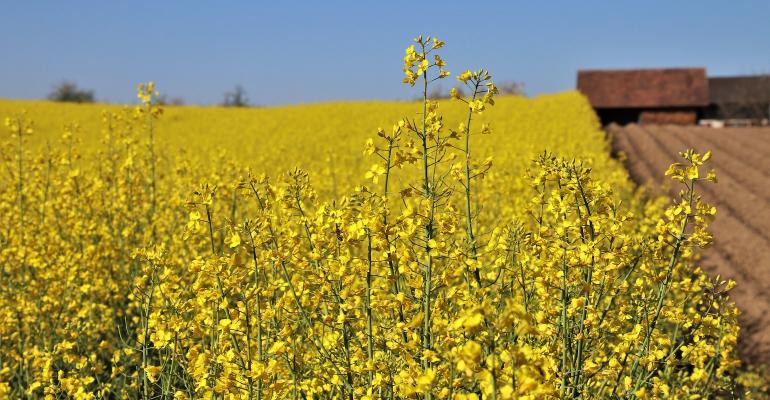 Representative image
The facility in Northgate, SK will have an initial processing capacity of 1.1 million mt/yr of canola when it becomes operational.

Agriculture, energy, and industrial products supplier Ceres Global Ag Corp. revealed plans Tuesday to invest $350 million in a new integrated canola crush plant in Northgate, SK canola crush plant. A company release said that the facility will be capable of processing 1.1 million mt/yr of canola and and feature a refining capacity of more than 500,000 mt/yr.

“This is an exciting time for Ceres Global as we position ourselves to take advantage of the unprecedented demand for oilseed crush in North America,” the firm’s president and chief executive officer, Robert Day, said in a statement. “While there are multiple drivers contributing to this demand, the most important is the movement towards green energy and the need for vegetable oil as feedstock for the production of renewable diesel.”

“Demand for renewable diesel feedstocks is rapidly growing. The BNSF network is ideally suited to supply the production, processing and distribution of these feedstocks. A crush plant in Northgate, SK will provide an important source of canola oil to meet growing demand,” said Jim Titsworth, director of agricultural development for BNSF Railway, in the company’s release. “Northgate has a unique location, both in Canada’s canola growing region and with direct rail access to the major renewable diesel and food processing markets via BNSF’s network.”

Operations at the new crush plant are expected to begin in summer 2024. About 50 new jobs will be created as a result of the project.