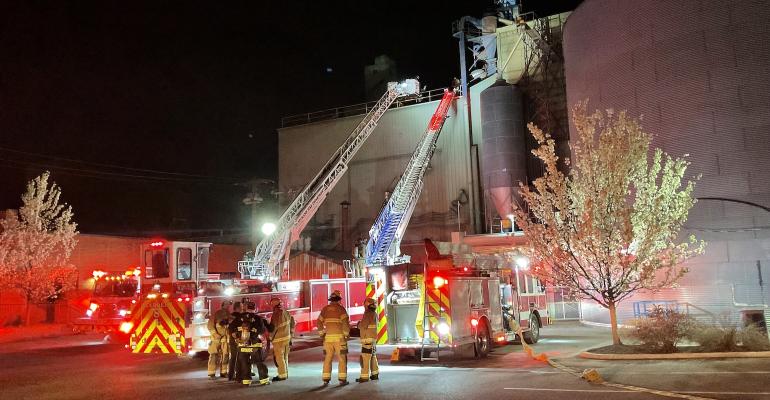 Firefighters were sent to the Spokane Seed Co. processing facility in Spokane, WA in the early hours of Friday morning after a smoldering fire ignited in a multi-story seed storage silo, the Spokane Valley Fire Department (SVFD) announced.

Responding to the incident just after midnight, the first crew on scene did not observe any flames or smoke in the silo but were informed by staff that the blaze was inside the container.

About 60,000 bu of material was inside when silo when the fire started. Crews used aerial ladders to access decking attached to the top of the silo during the response. Spokane Seed staff worked to transfer unaffected material to another container as firefighters stood at the ready with charged hose lines in the event that dust or other materials ignited.

“The major hazard was the dust created from moving the material as the dust is extremely flammable and has potential to explode based on the overall volume,” wrote SVFD.

Firefighters mitigated the hazard in about two hours.

Spokane Seed cultivates, processes, and markets dried lentils, chickpeas, and peas, according to information on its website.