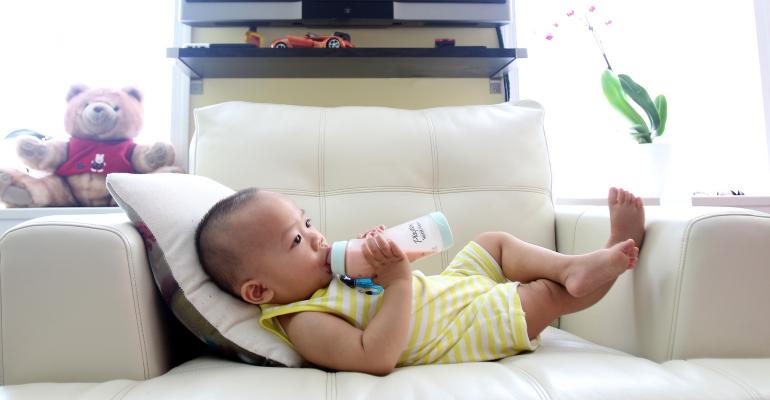 Representative image
The company issued a recall for powder made at its Strugis, MI plant after receiving four consumer complaints.

Nutrition science and products firm Abbott is issuing a voluntary recall for several brands of baby formula powder over concerns that the products may be contaminated with bacterial pathogens.

An announcement posted to the US Food and Drug Administration (FDA) website on February 17 said the recall includes certain products made at its Sturgis, MI manufacturing facility that are sold under the Similac, Alimentum, and EleCare brands. Four consumer complaints were received that infants who consumed the powder were exposed to Cronobacter sakazakii or Salmonella Newport.

“As part of Abbott’s quality processes, we conduct routine testing for Cronobacter sakazakii and other pathogens in our manufacturing facilities. During testing in our Sturgis, MI facility, we found evidence of Cronobacter sakazakii in the plant in non-product contact areas,” Abbott stated in the recall notice. “We found no evidence of Salmonella Newport. This investigation is ongoing.”

Testing of finished products has not revealed the presence of either pathogen, the company said, and samples of Salmonella Newport and Cronobacter sakazakii linked to the complaints tested negative.

“Abbott conducts extensive quality checks on each completed batch of infant formula, including microbiological analysis prior to release. All finished products are tested for Cronobacter sakazakii, Salmonella Newport, and other pathogens and they must test negative before any product is released,” Abbott detailed in the announcement.

The firm is recalling all infant formula powder made at the Sturgis location that has an expiration date of April 1, 2022 or later.

“We’re taking this action so parents know they can trust us to meet our high standards, as well as theirs,” said Joe Manning, executive vice president, Nutritional Products for Abbott, in the release. “We deeply regret the concern and inconvenience this situation will cause parents, caregivers, and health care professionals.”

In October 2019, Abbott voluntarily recalled a lot of Calcilo CD powdered infant formula cans in the US “due to an inconsistency in aroma and color in a small number of cans from this specific batch.” Nestle recalled SMA Wysoy Infant Formula in March 2021 after blue plastic pieces were found in some cans of the product.