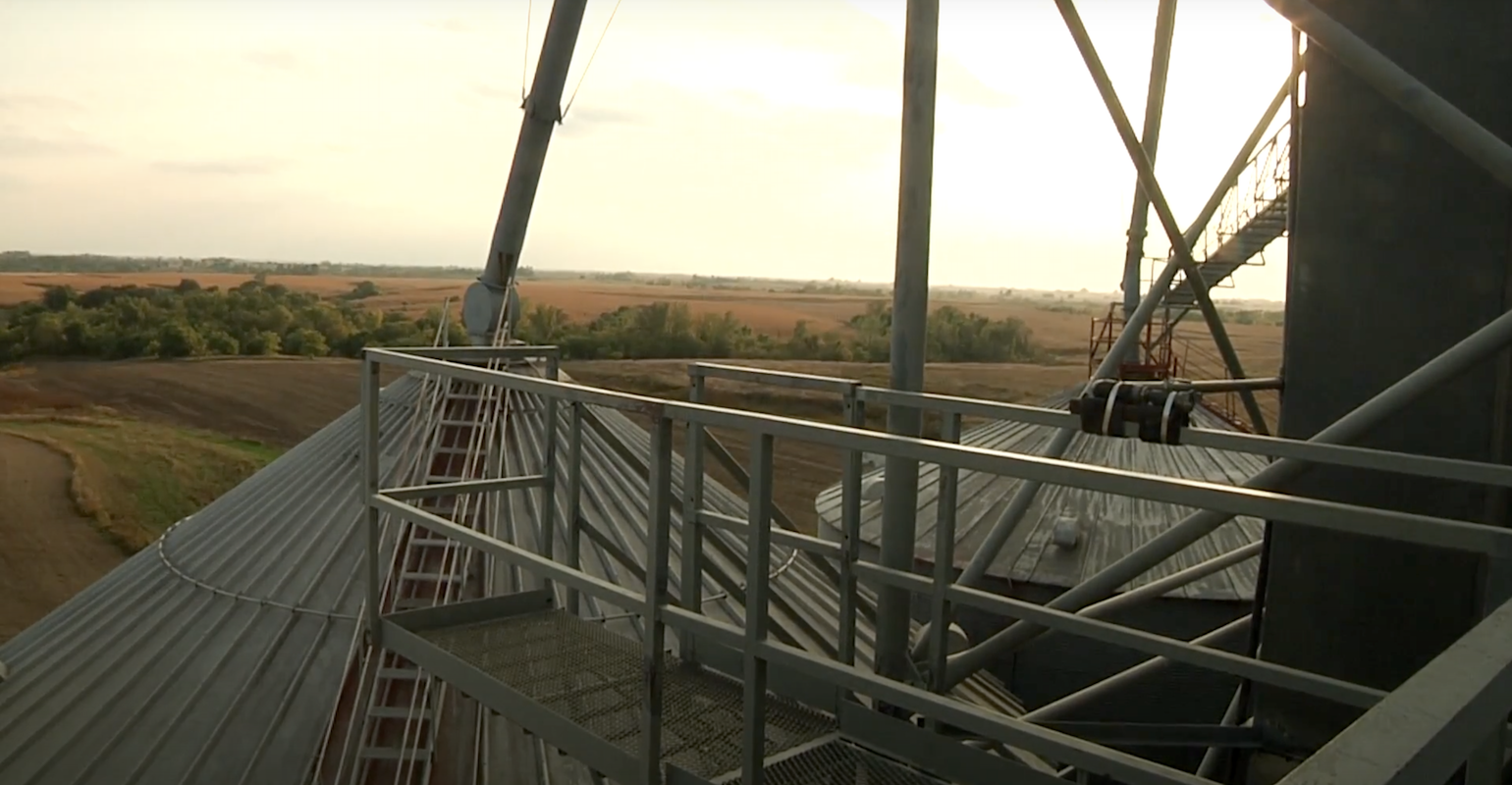 A screenshot from a grain elevator tour video published by IowaAgribusiness on YouTube.
This virtual journey takes you inside of several grain elevators in North America to see how grain is handled and stored.

Grain elevators come in various shapes and sizes, from small wooden county elevators to massive grain elevator complexes located at ports. Regardless of their size, these complex facilities are part of the backbone of the world’s food system. The facilities contain an array of technology to gauge grain quality, move grain around the site, and ensure proper storage conditions.

As the pandemic continues to upend professional life, Powder & Bulk Solids created this list to enable our audience to virtually “tour” some of the North America’s grain elevators.

Columbia Grain’s elevator and rail terminal in Oakes, ND features a 110-car shuttle that handles 435,000 bushels of corn and storage assets capable of holding 6.2 million bushels of corn or soybeans. The North Dakota Corn Utilization Council’s video takes viewers around different parts of the facility to see how corn is received, dried, and transported to trains.

What Happens at a Grain Elevator?
Maryland Farm & Harvest on YouTube

Maryland Public Television series Maryland Farm & Harvest provides us with a view inside the Eddie Mercer Agri-Services grain elevator in Frederick County. The facility handles about 2 to 2.4 million bu/yr of grain from local farms.

Inside a Garden City Co-Op Elevator
GCC Studios on YouTube

This 2017 video produced by Garden City Co-Op allows viewers to take a look inside one of its older grain elevators. The cooperative shows how grain is received and tested at the site before drying and storage. Powder and bulk solids industry professionals should take note of animations that display how the site uses buckets and other types of conveyors

Alfred Godfrey, the director of process management at Nagel Farm Service’s Wye Mills grain elevator in Wye Mills, MD walks viewers through his daily duties at the facility. The video includes footage of a newly-erected 450,000 bu storage tank and conveying equipment in use at the site.

Take to the air to see the massive scale of a grain elevator in Westwago, LA operated by Cargill. The facility is capable of handling 4.3 million bushels of grain and features six loading spouts, according to the video’s creator.

Structural engineer Chris Hartnett of Meyer Borgman Johnson Structural Design & Engineering hosts a lecture on the history of concrete grain elevators and the advantages these facilities offer over elevators constructed from wood. Of particular note is a section on how grain bin design was dramatically impacted by the use of concrete as a building material.

The Agribusiness Association of Iowa showcases the Smith Fertilizer and Grain elevator in Knoxville, IA in this 2013 video. See some mesmerizing scenes of corn moving through the facility and learn how the site measures grain quality.

KSMQ’s Farm Connections series visits the Northern Country Coop grain elevator and feed mill in Adams, MN to show how the site measures the quality of corn and soybeans it receives and stores the grain.

Richardson International’s grain elevator at the Port of Thunder Bay in Ontario takes the leading role in this 2015 segment produced by The Financial Post. The video includes some breathtaking scenes of the facility in a deep Canadian winter and footage of how the elevator loads ships with grain.