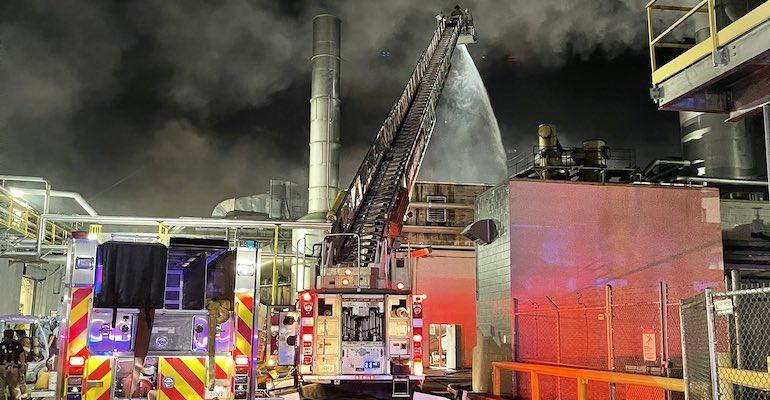 Crews responded to the location after the blaze was called in at about 10 p.m., news station KETV said. A tweet posted by the Grand Island Fire Department noted that the facility’s “rendering roof is on fire.”

After the fifth alarm was issued, Grand Island Fire asked for backup from other fire units.

About 28 firefighters were still on scene dousing hot spots on the roof as of 3:30 a.m. Monday, according to coverage by KSNB.

“At this time fabrication and slaughter A and B shift will not be working Sept. 13, 2021. We will post updates as soon as possible,” said a post on the JBS Grand Island Beef Facebook page.

The cause of the fire is under investigation.

JBS announced a $130 million project in June 2021 to increase capacity at its beef plants in Grand Island, NE and Omaha, NE. Work to add a new harvest floor and make improvements to its animal welfare facilities at JBS USA’s Grand Island site was expected to reach completion this summer.