Image courtesy of the Columbus (GA) Fire Department on Twitter 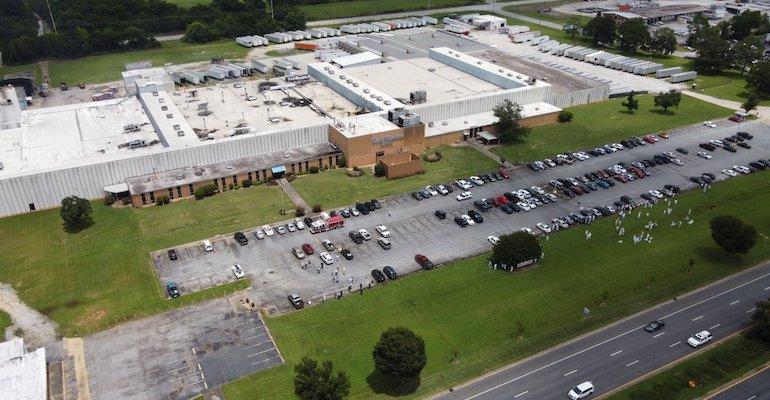 A July 2021 overhead view of the Hostess Brands plant in Columbus, GA.
Workers were forced to evacuate the Columbus, GA bakery after the blaze ignited in an oven Friday morning.

Crews were sent to a Hostess Brands facility in Columbus, GA on Friday after a two-alarm fire ignited in a piece of equipment, several local news organizations reported.

Six fire trucks were dispatched to the Victory Drive facility – locally known as Dolly Madison – around 9 a.m., according to television news station WRBL. Firefighters managed to douse the flames within 30 minutes.

The flames were isolated to an area where an oven is located, Columbus Fire Chief John Shull told ABC News affiliate WTVM. Workers evacuated the building without injury during the incident.

Another fire broke out in a piece of equipment at Hostess’ Columbus location in July.