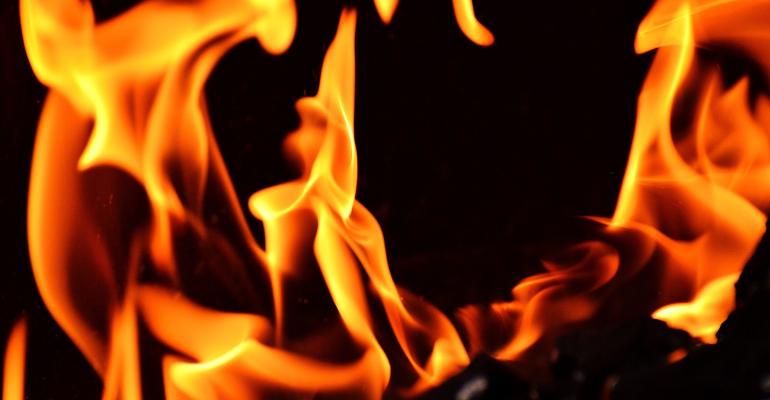 A three-alarm fire ripped through the Domino Sugar facility in Baltimore Tuesday.

No injuries were reported as firefighters battled the blaze for hours. Several employees had to be rescued by fire boat.

Firefighters reported "heavy fire and smoke" pushing through the roof when they arrived.

According to Blair Adams of the Baltimore City Fire Department, the fire originated in a storage shed that contains raw sugar, made its way to a conveyer belt, and traveled up the conveyor belt.”

The American Sugar Refining Group, which owns the Domino released a statement saying the factory had halted operations and an investigation into the fire was underway.