A Perspective on the Powder Show 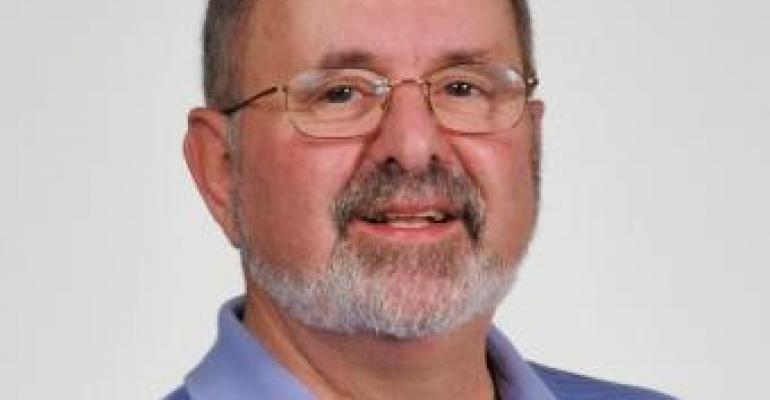 I have been attending the Powder Show in Rosemont, IL since 1978. This year's show was much more upbeat than years past, as the show seemed to have gotten somewhat stale. UBM and Powder & Bulk Solids have made significant improvements to the venue.
I had a busy day at the Powder Show on Tuesday. Since being associated with the UBM/Powder & Bulk Solids group for about a year now, I am thoroughly impressed with the work they put into this endeavor. I participated in a Tech Theater presentation along with Karl Jacobs of Dow Chemical (thanks Karl). Our presentation on "The State of the Powder Handling Industry” was well received. We stressed work that needs to be done to enhance the future of our industry and focused primarily on bulk solids handling, hoppers, bins and chutes, flow properties testing, and pneumatic conveying. Additionally, Karl and I both agree that education is a major problem that needs to be addressed. The topic of bulk solids handling is rarely taught at the university level in the U.S. Graduating engineers have no concept that there is a science to bulk solids handling. However, it is getting better. Universities such as Purdue, Kansas State, Akron, and Texas A&M are offering elective courses to their students. As a matter of fact, I contacted Carl Wassgren (Purdue) and Kingsly Ambrose (Kansas State) and asked them if they would be willing to participate. They both made presentations about the state of education in bulk solids handling.
Later in the day, I facilitated a group of 35 show attendees in a tour of several show booths dealing with storage silos and feeders. This was the first time this tour has been offered at the Powder Show and it was very successful. Each of the participants was given a headset, and I had a microphone that allowed me to communicate with the whole group while walking around the show to each of the selected exhibits. Each of the booths that we visited was notified of the tour and given the microphone and about five minutes to describe their products and discuss their value to our industry. I think this approach is extremely valuable as many attendees are hesitant to walk up to booth for fear of being "pounced" on. As a large group, they can visit a booth and listen to a presentation without being singled out. On Wednesday, Jack Hilbert took his group on a pneumatic conveying tour, and on Thursday Gary Johnson's tour focused on dust collection.
Lastly, I conducted a seminar to about 75 attendees on feeders required to control discharge from bins and hoppers. A major change in the UBM conference program was that each seminar was limited to 1 1/2 hours. This may not sound like much, but instead of the attendees spending 3-6 hours in a session, as they did in the past, they were able to attend a session and also visit the show. This was a common complaint in the past, as conference attendees did not have enough time to visit the show and conversely, that exhibitors were not exposed to conference attendees.
On Wednesday, I spent some time visiting exhibitors that had new technology and interesting equipment, and also visited with old friends. Later in the day, my presentation on Material Fundamentals was well attended by more than 70 attendees. There were many good questions and input from the group.
Thursday was my getaway day, but I had enough time in the morning to meet with two of my clients to discuss current projects. This is another very important feature of the Powder Show, in that it brings people together at a convenient location.
Keep up the good work UBM and Powder & Bulk Solids, and I look forward to participating in the Houston show next year.

Joseph Marinelli is a consulting engineer and president of Solids Handling Technologies. He has been providing testing and consulting services since 1972. As a former consultant with Jenike & Johanson Inc., he has years of experience testing powders and designing bins and feeders for reliable flow. He lectures frequently on the topic of powder handling, and has published several papers including and article in a chemical encyclopedia and two in a food powder book. Joe can be reached at 803-802-5527 or [email protected]