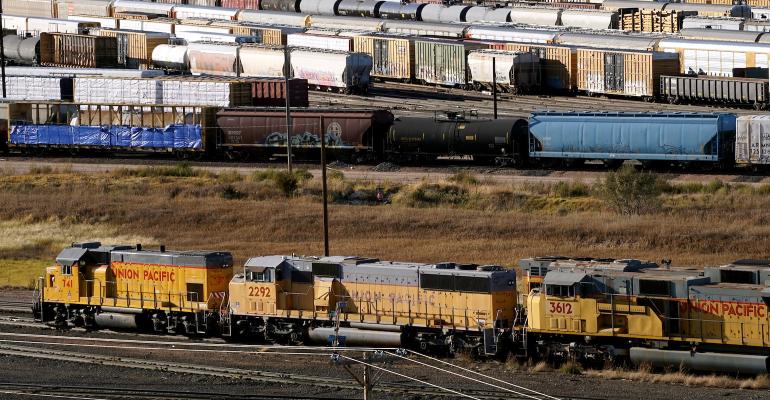 Representative image
A representative for the Association of American Railroads (AAR) said March was “the best month ever for carloads of chemicals.”

Manufacturers across nearly every industry have been plagued by transportation or other logistical issues over the course of the pandemic. Now there are some signs that these pressures may be abating for the US chemical industry. Rail traffic data released by the Association of American Railroads (AAR) reveals that railcar loads of chemicals recently hit an all-time high in the country.

John T. Gray, senior vice president for policy and economics with ARR, called March “the best month ever for carloads of chemicals” in an April 6 release announcing the figures. 35,582 cars were loaded with chemicals over the last 13 weeks, a record figure since the AAR started monitoring the 13-week moving average of chemical railcar loads in the mid-1980s, an analysis of the data by trade group American Chemistry Council (ACC) observed. 18,291 carloads of chemicals were logged in March, representing a 11.7% jump from the same month in 2021.

As of April 2, Union Pacific has loaded 259,973 cars with chemicals so far this year, a 13% increase compared with the same period in 2021, according to carload figures on the firm’s website. Freight transportation firm BNSF Railway Co.’s chemical carloads have risen by 11.61% year to date during the same period. CSX Transportation reported at the same time that it has experienced a modest 2.6% lift in chemical carloads .

Asked by Powder & Bulk Solids why carloads of chemicals have climbed to a historic high, Gray ascribed the record to improvements in the US economy and the completion of several major capacity expansion projects.

“The strength in chemicals is due to a trend that started in 2019 and was interrupted by the pandemic in 2020 followed by the Texas cold spell and Louisiana hurricane in 2021,” Gray said. “Put simply, the strength today is a function of the billions of dollars invested in increasing chemical production capacity, particularly in the Gulf Coast region, over the last decade. Clearly, chemical demand is also encouraged by an economy that is now starting to strengthen.”

$81.6 billion has been invested in Gulf Coast chemical assets since 2011, per Louisiana State University’s (LSU) Gulf Coast Energy Outlook Report for 2022. Researchers posit that companies will commit a further $70 million to non-LNG investments across the region through 2029, including chemicals-oriented projects.

Freight rail firms are also committing funds to bolster their operational capabilities and infrastructure. BNSF announced plans in late February to invest $3.55 billion to replace 381 miles of rail and 2.7 million rail ties and 14,000 miles of track surfacing. $580 million will be used to improve its capabilities to serve customers in the Industrial Products, Agriculture, and Consumer industries.

The uptick in carloads is not the only bright spot for the domestic chemical makers. A recent ACC report noted a 25.9% year-over-year increase in chemical exports (excluding pharmaceuticals) in February. Chemical inventories were up 11.8% year-over-year that month and shipments increased by 9.8% over the 12-month period.